Trust is not a birthright
By Paul Woodward, War in Context, December 31, 2008

There is a conceit that has so thoroughly poisoned the minds of most Israelis that it is regarded as an unquestionable truth: we occupy the moral high ground.

This poison distorts every question, not least the most pressing issue of this moment: can a ceasefire between Israel and Hamas be restored?

Implicit in that question as it is being considered by Israel is the assumption that Israel’s willingness and ability to abide by a ceasefire is beyond question and that the only real question is whether Hamas can be trusted to do the same. But even that is not really treated as a question. The heart of the issue, Israel would have us believe, is: can Hamas be forced into a truce?

When, after ignoring the subject for several days, the New York Times finally got around to making an editorial pronouncement on the war on Gaza, it trotted out what is among most inattentive observers the conventional wisdom:

Hamas never fully observed the cease-fire that went into effect on June 19 and Israel never really lived up to its commitment to ease its punishing embargo on Gaza.

In fact, Hamas’ compliance with the ceasefire was stunningly disciplined. Don’t take my word for it. The proof comes from the Israeli government. 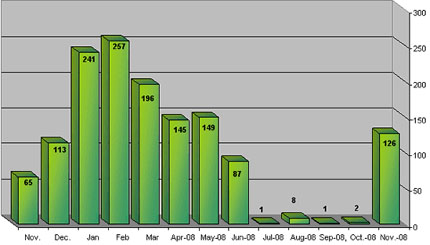 For the residents of Sderot, those months were indeed a period of calm. But the calm ended when Israel unilaterally broke the ceasefire right after the US elections and just before Hamas and Fatah sat down for crucial reconciliation talks in Cairo.

If Israel, as it would currently have the world believe, was so strongly in favor of extending the six-month ceasefire, why did it attach so little value to what had already been accomplished? Why did it not acknowledge the effectiveness with which Hamas was holding up its side of the bargain? Why did it not demonstrate that it valued the calm by lifting or at least easing the economic embargo on Gaza in a significant way?

All Israel accomplished was to confirm Hamas’ suspicions – suspicions shared by most Palestinians – that Israel cannot be trusted.

2 thoughts on “EDITORIAL: Trust is not a birthright”