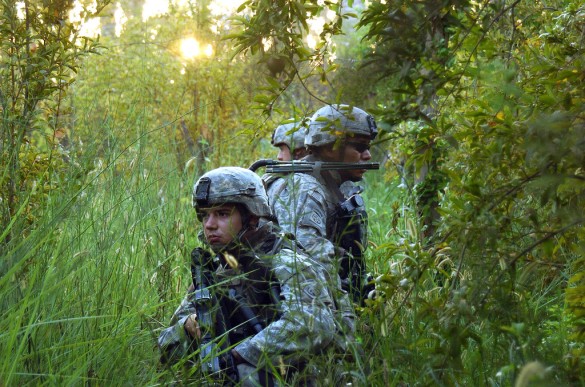 The highlight of Thursday’s event at the Heritage Foundation was analyst Marvin Weinbaum’s scathing review of the Afghan elections. Weinbaum, who served as a member of Barack Obama’s advisory task force on Afghanistan, is a former analyst for the State Department’s Bureau of Intelligence and Research (INR). His report on the election, where he served as an observer during the vote, contrasted sharply with the happy talk from the administration and from official and semi-official Afghan agencies who presented the vote as an inspiring exercise in democracy.

Weinbaum warned that the election was so grievously flawed that it may serve to further de-legitimize the regime of President Karzai. Turnout was abysmally low, with only about one-third of Afghans going to the polls, and in some districts — especially in the Pashtun-dominated south — perhaps between 5 and 15 percent of people voted, he said. On top of that, Weinbaum said, there is evidence of widespread fraud, and virtually all of the main opposition candidates are charging that the election was rigged. More than a thousand specific complaints have been lodged already, he said, adding that he himself saw properly marked ballots for opposition candidates that had been destroyed and left scattered along a roadside. He suggested that it’s likely that evidence of fraud and vote-rigging will emerge in the coming weeks, helping to convince Afghans that the election was illegitimate. [continued…]

Afghan apocalypse: Part I
By Robert Dreyfuss, The Nation, August 26, 2009

Yesterday afternoon at the Brookings Institution, four analysts portrayed a bleak and terrifying vision of the current state of affairs in Afghanistan in the wake of the presidential election. All four were hawkish, reflecting a growing consensus in the Washington establishment that the Afghanistan war is only just beginning.

Their conclusions: (1) A significant escalation of the war will be necessary to avoid utter defeat. (2) Even if tens of thousands of troops are added to the US occupation, it won’t be possible to determine if the US/NATO effort is succeeding until eighteen months later. (3) Even if the United States turns the tide in Afghanistan, no significant drawdown of US forces will take place until five years have passed. [continued…]

The US special envoy to Afghanistan has held an “explosive” meeting with Afghan President Hamid Karzai over the country’s election, the BBC has learnt.

Richard Holbrooke raised concerns about ballot-stuffing and fraud, by a number of candidates’ teams, sources say.

The US envoy also said a second-round run-off could make the election process more credible, the sources said. [continued…]

Three interlocking factors shaped the Afghan election day: large disparities in turnout across the country; the threat of Taliban violence; and allegations, as yet largely unproved, of systematic electoral fraud on behalf of Mr Karzai. Western military commanders claimed that the Taliban had failed to disrupt the election, with only 26 people killed on polling day. But the Taliban’s strategy was one of intimidation, designed to deter rather than kill voters. In that they were successful.

During the poll there were some 400 insurgent incidents, making it the most violent day this year. Many seemed intended just to register the presence of insurgents in the area. In Wardak, for instance, a rocket landed in the general area of every polling centre. Threats to cut off fingers marked with the indelible ink used to prevent double voting turned out to be almost entirely baseless. But they worked as a deterrent.

In a relatively benign northern arc, from Herat in the west to Nangarhar in the east, turnout was as high as 60% in some areas, though in Nangarhar it fell to about 35%, and overall turnout was well below the level achieved in the previous presidential poll in 2004. In parts of the south, however, intimidation and apathy kept turnout extremely low. “The Taliban are patrolling the area. Nobody voted and nobody could vote,” said Haji Ahmad Shah Khan, an elder in Nad Ali district of Helmand. On election day the chief of the Independent Election Commission (IEC) in Helmand, Abdul Hadee, estimated turnout in the province at under 10%. In some districts no votes were cast at all. [continued…]

Western troops have killed far fewer Afghan civilians since the top U.S. general imposed strict new rules of engagement aimed at addressing one of the most contentious issues of the conflict, according to newly declassified U.S. military figures.

However, the data cover a relatively short period of eight weeks, and make it clear that civilians are still dying in large numbers, a pattern blamed in part on the Taliban’s campaign of violence surrounding last week’s national elections. [continued…]