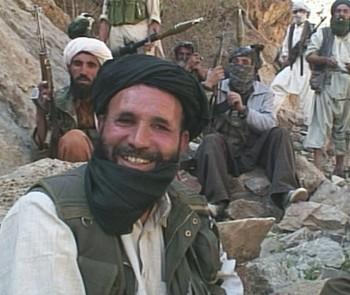 hulam Yahya, a former mayor of this ancient city along the Silk Road, battled the Taliban for years and worked hand in hand with Western officials to rebuild the country’s industrial hub.

Now, Mr. Yahya is firing rockets at the Herat airport and nearby coalition military headquarters. He has kidnapped soldiers and foreign contractors, claimed the downing of an Afghan army helicopter and planted bombs in central Herat — including one that killed a district police chief and more than a dozen bystanders last month.

The warlord’s odyssey from friend to foe shows how disillusionment with the Western-backed administration of President Hamid Karzai has pushed even some former enemies of the Taliban into the insurgency. Violence is rapidly spreading beyond the ethnic Pashtun heartland of southern and eastern Afghanistan, where much of the countryside already is in rebel hands, into parts of the country that were considered safe just a few months ago. [continued…]

U.S. officials are planning to add as many as 14,000 combat troops to the American force in Afghanistan by sending home support units and replacing them with “trigger-pullers,” Defense officials say.

The move would beef up the combat force in the country without increasing the overall number of U.S. troops, a contentious issue as public support for the war slips. But many of the noncombat jobs are likely be filled by private contractors, who have proved to be a source of controversy in Iraq and a growing issue in Afghanistan.

The plan represents a key step in the Obama administration’s drive to counter Taliban gains and demonstrate progress in the war nearly eight years after it began. [continued…]

The Taliban has become a much more potent adversary in Afghanistan by improving its own tactics and finding gaps in the U.S. military playbook, according to senior American military officials who acknowledged that the enemy’s resurgence this year has taken them by surprise.

U.S. rules of engagement restricting the use of air power and aggressive action against civilians have also opened new space for the insurgents, officials said. Western development projects, such as new roads, schools and police stations, have provided fresh targets for Taliban roadside bombs and suicide attacks. The inability of rising numbers of American troops to protect Afghan citizens has increased resentment of the Western presence and the corrupt Afghan government that cooperates with it, the officials said.

As President Obama faces crucial decisions on his war strategy and declining public support at home, administration and defense officials are studying the reasons why the Taliban appears, for the moment at least, to be winning. [continued…]

The second-ranking intelligence official in Afghanistan and a prominent ally of President Hamid Karzai was assassinated by a suicide bomber on Wednesday morning in a blast that also killed 15 others outside the main mosque in the official’s hometown, near Kabul, officials and witnesses said.

The official, Dr. Abdullah Laghmani, was the deputy director of the National Directorate for Security.

“As an intelligence expert, he knew a lot about Al Qaeda, and he was a person who was very actively fighting against the Taliban and against Al Qaeda in the 34 provinces of Afghanistan,” said the provincial governor, Mutfullah Mashal, in an interview at the scene of the attack here in the capital of the eastern province of Laghman. “His loss is really a major loss.” [continued…]

$600 for a Kalashnikov – a sign of bloodshed to come in Afghanistan
By Kim Sengupta, The Independent, September 2, 2009

The price of Kalashnikovs has doubled in Afghanistan. For a country awash with arms, the fact that the weapons are now fetching $600 apiece is a cause of some surprise, but a surge of demand is to blame for the increase, with a steady stream of weapons said to be heading for the north.

This is the Tajik constituency of Abdullah Abdullah, the presidential candidate who claims the election is being stolen by the incumbent Western-backed President, Hamid Karzai. [continued…]

Afghanistan’s production of opium, the raw material for heroin, declined by 10 percent this year, and the amount of land used to cultivate opium fell by 22 percent, according to a report from the United Nations Office on Drugs and Crime that is to be formally released Wednesday.

The smaller harvest, largely attributed to market forces and heightened interdiction efforts, is a rare bit of good news for the United States and the coalition of Western governments whose troops and taxpayers are supporting what even American commanders describe as a deteriorating situation as the war approaches its ninth year.

But while United Nations officials suggested that some opium-trafficking guerrillas were now less focused on Taliban ideology, they also reported that perhaps more than 10,000 tons of illegal opium — worth billions of dollars and enough to satisfy at least two years of world demand — is now secretly stockpiled. They said they were concerned that part of this stockpile could be a “ticking bomb” in the hands of people who could use it to pay for “sinister scenarios.”

Opium is easily smuggled and stored and “is an ideal form of terrorist financing,” Antonio Maria Costa, the executive director of the United Nations Office on Drugs and Crime, said in an interview. “It’s a huge amount of money to have in the wrong hands.” He called on intelligence agencies to investigate the stockpiles. [continued…]

Civilian contractors working for the Pentagon in Afghanistan not only outnumber the uniformed troops, according to a report by a Congressional research group, but also form the highest ratio of contractors to military personnel recorded in any war in the history of the United States.

On a superficial level, the shift means that most of those representing the United States in the war will be wearing the scruffy cargo pants, polo shirts, baseball caps and other casual accouterments favored by overseas contractors rather than the fatigues and flight suits of the military.

More fundamentally, the contractors who are a majority of the force in what has become the most important American enterprise abroad are subject to lines of authority that are less clear-cut than they are for their military colleagues. [continued…]

Private security contractors who guard the U.S. Embassy in Kabul have engaged in lewd behavior and hazed subordinates, demoralizing the undermanned force and posing a “significant threat” to security at a time when the Taliban is intensifying attacks in the Afghan capital, according to an investigation released Tuesday by an independent watchdog group.

The Project on Government Oversight (POGO) launched the probe after more than a dozen security guards contacted the group to report misconduct and morale problems within the force of 450 guards who live at Camp Sullivan, a few miles from the embassy compound.

The report highlighted occasions when guards brought women believed to be prostitutes into Camp Sullivan and videotaped themselves drinking and partially undressed. It also outlined communications problems among the guards, many of whom don’t speak English and have trouble understanding orders from their U.S. supervisors. [continued…]

2 thoughts on “How the Taliban are winning the war”