(The CNN embedded video above works in IE, Chrome but not Firefox.)

Matthew Hoh: The first place where I really had — where this was codified for me and where I started to understand what we were doing and how we were involved — the Korengal Valley, which I’m sure a lot of your viewers are familiar with. It’s been on the cover of TIME Magazine. The “New York Times” refers to it as the valley of death. Off the top of my head, unfortunately, I can’t remember how many American soldiers we have lost there, but it’s probably 30 or 40.

This is a valley, I don’t know, 15, 20 kilometers long. There’s only 10,000 people in it. They speak their own language. They speak Korengali. In the year 2009 we have a valley with people who speak their own language. Their only trade is the timber trade. And when they move their timber, they don’t even leave their valley. Most of the time, I believe, they just take it to the Mazar Valley, and a middleman picks it up and brings it to Pakistan for them.

We show up. We enter their valley. We occupy the richest man’s timber mill. And then we bring in Afghan army and Afghan police, who aren’t from there.

And then what do we do? Then we have the Afghan police and Afghan army. They say to the Korengalis, they say, “These mountains here that your families have been cutting trees down, sustaining yourselves for hundreds of years, you don’t own them. The central government does. And you have to pay tax on that.”

I’m not sure how many people anywhere else in the world wouldn’t take up arms against something like that.

And so, and for every Korengal we’re in, like I said before, there’s a hundred we’re not. And there’s like — and that would happen in those other valleys, the same thing, too, in the south. [Interview transcript] 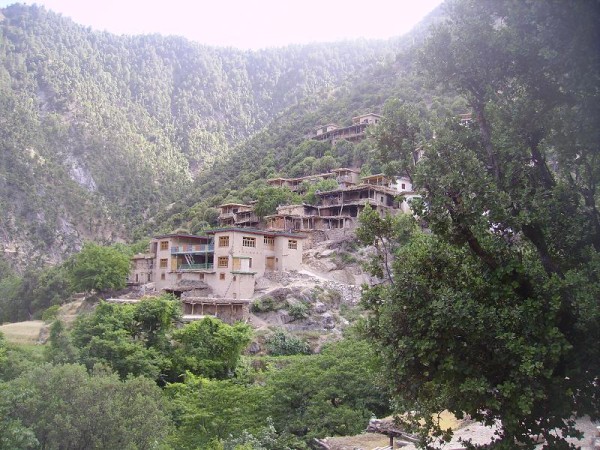 Editor’s Comment — The “valleyism” that Hoh describes contains a crucial message for Americans considering the war in Afghanistan: this is a quagmire far more complex than Vietnam since America and its allies have sparked a thousand wars.

But perhaps more important than this military observation is the way the concept of valleyism should transform the value judgments outsiders make about Afghans and the land they inhabit.

What foreign armies and policymakers are up against is an incomparable level of adaptation where the non-transferable governing force is local knowledge — the means through which Afghans have made their homes in a land that others find utterly inhospitable.

In an analysis for the New York Times, David Sanger talks about Hamid Karzai as a flawed vessel in which the West had invested its hopes that Afghanistan could be saved and that Karzai could be re-legitimized through an election:

The question was whether that vote would demonstrate that a desolate nation that has always been at the mercy of larger powers would show it could find its own way.

In this image of a “desolate nation” that has yet to “find its own way,” there isn’t even an inkling that in many ways Afghanistan, as a patchwork of local communities, has found its own way admirably. Its greatest problem is that this is a way that few outsiders appreciate — especially those coming from a nation where human worth is so often measured by the size of someone’s bank balance.

As Rory Stewart says: “In every case, Afghans are more competent, more canny, more capable than we acknowledge, and we are less so.”

With the White House’s reluctant embrace on Sunday of Hamid Karzai as the winner of Afghanistan’s suddenly moot presidential runoff, President Obama now faces a new complication: enabling a badly tarnished partner to regain enough legitimacy to help the United States find the way out of an eight-year-old war.

It will not be easy. As the evidence mounted in late summer that Mr. Karzai’s forces had sought to win re-election through widespread fraud to defeat his main challenger, Abdullah Abdullah, administration officials made no secret of their disgust. How do you consider sending tens of thousands of additional American troops, they asked in meetings in the White House, to prop up an Afghan government regarded as illegitimate by many of its own people?

The answer was supposed to be a runoff election. Now, administration officials argue that Mr. Karzai will have to regain that legitimacy by changing the way he governs, at a moment when he is politically weaker than at any time since 2001.

“We’re going to know in the next three to six months whether he’s doing anything differently — whether he can seriously address the corruption, whether he can raise an army that ultimately can take over from us and that doesn’t lose troops as fast as we train them,” one of Mr. Obama’s senior aides said. He insisted on anonymity because of the confidentiality surrounding the Obama administration’s own debate on a new strategy, and the request by Gen. Stanley A. McChrystal, the American military commander in Afghanistan, for upward of 44,000 more troops.

“Needless to say,” the senior aide added, “this is not where we wanted to be after nine months.”

That is a huge understatement. [continued…]

Why all the president’s Afghan options are bad ones
By Tom Engelhardt, TomDispatch, November 1, 2009

In the worst of times, my father always used to say, “A good gambler cuts his losses.” It’s a formulation imprinted on my brain forever. That no-nonsense piece of advice still seems reasonable to me, but it doesn’t apply to American war policy. Our leaders evidently never saw a war to which the word “more” didn’t apply. Hence the Afghan War, where impending disaster is just an invitation to fuel the flames of an already roaring fire.

Here’s a partial rundown of news from that devolving conflict: In the last week, Nuristan, a province on the Pakistani border, essentially fell to the Taliban after the U.S. withdrew its forces from four key bases. Similarly in Khost, another eastern province bordering Pakistan where U.S. forces once registered much-publicized gains (and which Richard Holbrooke, now President Obama’s special envoy to the region, termed “an American success story”), the Taliban is largely in control. It is, according to Yochi Dreazen and Anand Gopal of the Wall Street Journal, now “one of the most dangerous provinces” in the country. Similarly, the Taliban insurgency, once largely restricted to the Pashtun south, has recently spread fiercely to the west and north. At the same time, neighboring Pakistan is an increasingly destabilized country amid war in its tribal borderlands, a terror campaign spreading throughout the country, escalating American drone attacks, and increasingly testy relations between American officials and the Pakistani government and military. [continued…]