Hezbollah gears up for new war
By Mitchell Prothero and Peter Beaumont, The Observer, November 8, 2009

Hezbollah is rapidly rearming in preparation for a new conflict with Israel, fearing that Benjamin Netanyahu’s government will attack Lebanon again prior to any assault on Iran’s nuclear facilities.

Last week, Israeli commandos seized a ship in the Mediterranean loaded with almost 400 tonnes of rockets and small arms – which Israel claimed was being sent from Iran to its Hezbollah allies. In dramatic further evidence of growing tensions, the Observer has learned that Hezbollah fighters have been busy reinforcing fixed defence positions north of the Litani river.

Having lost many of its bunkers in the south, Hezbollah is preparing a new strategy to defend villages there.

Although the organisation denied last week that the weapons were intended for its use, senior commanders have done little to disguise the scale of rearmament. “Sure, we are rearming, we have even said that we have far more rockets and missiles than we did in 2006,” said a Hezbollah commander, speaking on condition of anonymity. [continued…]

Editor’s Comment — “We expect the Israelis to come soon, if not this winter, then they will wait until spring, when the ground isn’t too soft for their tanks,” says a Hezbollah commander.

The war on Gaza, even to the extent that it may have served as a training exercise in preparation for another round of fighting with Hezbollah, probably did little to dispel the haunting memories of 2006. The Merkava tank, previously one of the IDF’s most potent symbols of invincibility, ended up exposing Israel’s military vulnerability. 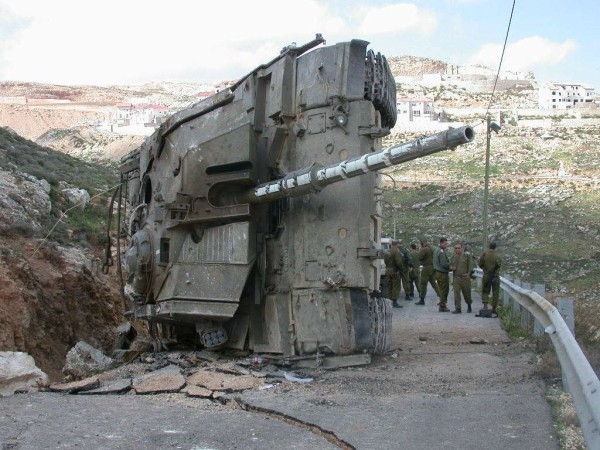 3 thoughts on “Hezbollah gears up for new war”