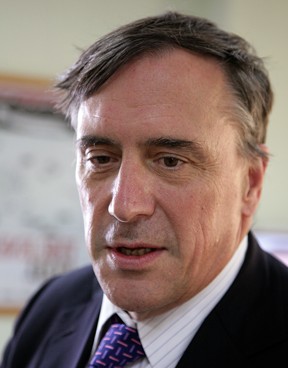 eter W. Galbraith, an influential former American ambassador, is a powerful voice on Iraq who helped shape the views of policy makers like Joseph R. Biden Jr. and John Kerry. In the summer of 2005, he was also an adviser to the Kurdish regional government as Iraq wrote its Constitution — tough and sensitive talks not least because of issues like how Iraq would divide its vast oil wealth.

Now Mr. Galbraith, 58, son of the renowned economist John Kenneth Galbraith, stands to earn perhaps a hundred million or more dollars as a result of his closeness to the Kurds, his relations with a Norwegian oil company and constitutional provisions he helped the Kurds extract.

In the constitutional negotiations, he helped the Kurds ram through provisions that gave their region — rather than the central Baghdad government — sole authority over many of their internal affairs, including clauses that he maintains will give the Kurds virtually complete control over all new oil finds on their territory.

Mr. Galbraith, widely viewed in Washington as a smart and bold foreign policy expert, has always described himself as an unpaid adviser to the Kurds, although he has spoken in general terms about having business interests in Kurdistan, as the north of Iraq is known.

So it came as a shock to many last month when a group of Norwegian investigative journalists at the newspaper Dagens Naeringsliv began publishing documents linking Mr. Galbraith to a specific Norwegian oil company with major contracts in Iraq.

Interviews by The New York Times with more than a dozen current and former government and business officials in Norway, France, Iraq, the United States and elsewhere, along with legal records and other documents, reveal in considerable detail that he received rights to an enormous stake in at least one of Kurdistan’s oil fields in the spring of 2004. [continued…]