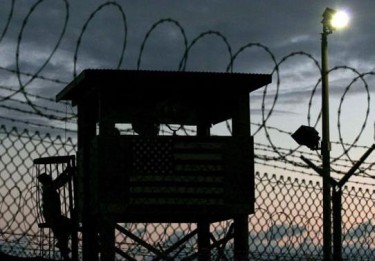 Osama Bin Laden’s favourite son, Omar, recently abandoned his father’s cave in favor of spending his time dancing and drooling in the nightclubs of Damascus. The tang of freedom almost always trumps Islamist fanaticism in the end: three million people abandoned the Puritan hell of Taliban Afghanistan for freer countries, while only a few thousand faith-addled fanatics ever traveled the other way. Osama’s vision can’t even inspire his own kids. But Omar Bin Laden says his father is banking on one thing to shore up his flailing, failing cause — and we are giving it to him.

The day George W. Bush was elected, Omar says, “my father was so happy. This is the kind of president he needs — one who will attack and spend money and break [his own] country.” Osama wanted the US and Europe to make his story about the world ring true in every mosque and every mountain-top and every souq. He said our countries were bent on looting Muslim countries of their resources, and any talk of civil liberties or democracy was a hypocritical facade. The jihadis I have interviewed — from London to Gaza to Syria — said their ranks swelled with each new whiff of Bushism as more and more were persuaded. It was like trying to extinguish fire with a blowtorch.

The revelations this week about how the CIA and British authorities handed over a suspected jihadi to torturers in Pakistan may sound at first glance like a hangover from the Bush years. Barack Obama was elected, in part, to drag us out of this trap — but in practice he is dragging us further in. He is escalating the war in Afghanistan, and has taken the war to another Muslim country. The CIA and hired mercenaries are now operating on Obama’s orders inside Pakistan, where they are sending unmanned drones to drop bombs and sending secret agents to snatch suspects. The casualties are overwhelmingly civilians. We may not have noticed, but the Muslim world has: check out al-Jazeera any night.