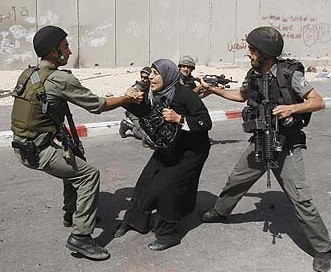 Hamas has designated this day, in this place, its Day of Rage. Why, then, the smiles on the faces of Mahmoud Zahar and Mahmoud Ahmadinejad?

Perhaps it’s because after more than 22 years of costly trial and error, Hamas has finally come upon the secret of how to bring down the Jewish state:

Let the ship sink itself.

This month, down here in the engine room of the Titanic, a single coherent order continues to sound from the officers shrouded in fog on the bridge: “More power!”

To the delight of Mahmoud Zahar and Mahmoud Ahmadinejad, Israel’s homemade weapons of mass destruction – pro-settlement bureaucrats with conflicts of financial and ideological interest – have done in one meeting what Israel’s foes have sought for generations: driving a stake through the heart of Israel’s relationship with the White House.

We should have known. But in the swamp of anomaly and impossibility that is Jerusalem, you can easily lose sight of, and belief in, the basics:

One of the curses of endless war, is the tendency to become one’s own worst enemy – in every sense.

A self-conception grounded in the notion that one is an object of enmity, whether this be within the self-identity of an individual or a nation, is no basis upon which a constructive relationship with the world can be formed. The world is seen as otherness and engagement with such a world becomes equated with annihilation. This is indeed the definition of a nihilistic outlook.

6 thoughts on “No nation can endure when built on hatred”