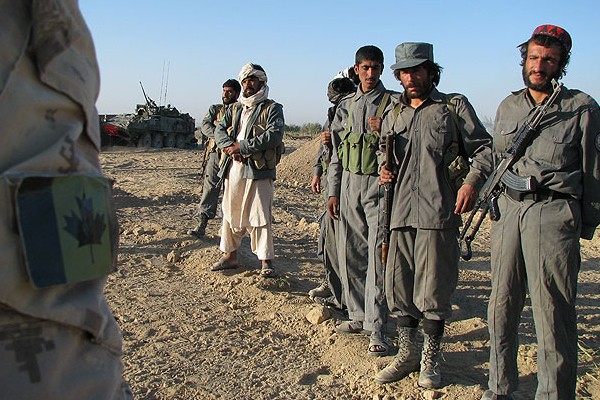 This billion-dollar contract will be the linchpin of a training program for the Afghan National Police, who are theoretically to be drilled in counterinsurgency tactics that will help defeat the Taliban and bring security to impoverished, war-torn Afghanistan. The program is also considered a crucial component of the Obama administration’s plan for turning the war around. Ironically, Xe was poised to win the contract until a successful appeal by DynCorp last week threw the field wide open.

Some people in the U.S. government (and many outside it) believe that this task should not be assigned to private contractors in the first place. Meanwhile, many police experts are certain that it hardly matters which company gets the contract. Like so many before it, the latest training program is doomed from the outset, they believe, because its focus will be on defeating the Taliban rather than fostering community-oriented policing.

The Obama administration is in a fix: it believes that, if it can’t put at least 100,000 trained police officers on Afghan streets and into the scattered hamlets that make up the bulk of the country, it won’t be able to begin a drawdown of U.S. troop levels in Afghanistan by the middle of next year.

Meanwhile, the Washington Post reports that US forces are facing soaring IED attacks, the Taliban is making a dramatic comeback in the northern province of Kunduz.

The New York Times says that soon after what had been described as a successful offensive in Marja, the Taliban have begun waging a campaign of intimidation “that some local Afghan leaders worry has jeopardized the success of an American-led offensive there meant as an early test of a revised military approach in Afghanistan.”