Representatives of a major insurgent faction have presented a formal 15-point peace plan to the Afghan government, the first concrete proposal to end hostilities since President Hamid Karzai said he would make reconciliation a priority after his re-election last year. 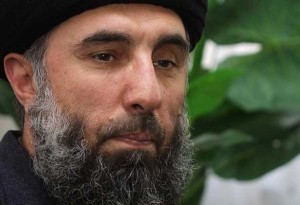 The delegation represents fighters loyal to Gulbuddin Hekmatyar, 60, one of the most brutal of Afghanistan’s former resistance fighters who leads a part of the insurgency against American, NATO and Afghan forces in the north and northeast of the country.

His representatives met Monday with President Karzai and other Afghan officials in the first formal contact between a major insurgent group and the Afghan government after almost two years of backchannel communications, which diplomats say the United States has supported.

Though the insurgent group, Hezb-i-Islami, or Islamic Party, operates under a separate command from the Taliban, it has links to the Taliban leadership and Al Qaeda and has fought on a common front against foreign forces in Afghanistan.

A spokesman for the delegation, Mohammad Daoud Abedi, said the Taliban, which makes up the bulk of the insurgency, would be willing to go along with the plan if a date was set for the withdrawal of foreign forces from the country. Publicly, a Taliban spokesman denied that.

The plan, titled the National Rescue Agreement, a copy of which was given to The New York Times, sets that date as July 2010, with the withdrawal to be completed within six months.

Pakistan’s arrest of a dozen top Taliban leaders — military commanders, strategic planners and a financier — over the past six weeks is viewed by Afghan and NATO officials with a mixture of relief and suspicion. On one hand, the arrests have disrupted the insurgents’ chain of command, making it tougher for the Taliban’s war council to relay funds and battle plans to their commanders fighting NATO troops. But according to Afghan officials and diplomats in Kabul, the roll-up of Taliban leaders has dealt a blow to secret, preliminary talks under way during the past six months between President Hamid Karzai and the Taliban, as well as those conducted through a separate channel between the Taliban and U.N. envoys.

Sources consulted by TIME in Peshawar, Kabul and Kandahar all characterize those Taliban commanders picked up by Pakistani intelligence agencies as being more malleable to peace talks with Karzai than a core of hard-liners within the Taliban’s ruling shura, or council, who are thought to be hiding in the Pakistani cities of Quetta or Karachi. One foreign diplomat in Kabul says he looked at the list of 14 Taliban arrested by the Pakistanis and thought, “I knew eight of them personally, and they were all in favor of a peace process.” This was confirmed by Kai Eide, the U.N.’s former Special Representative in Afghanistan, who told the BBC on March 18 that Pakistan’s arrests had cut short “talks about talks” between the U.N. and the Taliban in Dubai.