Salon‘s headline (which I also used) is unusually daring for a popular publication. The article’s author, Judy Mandelbaum, draws attention to a phenomenon otherwise ignored by the American media: the use of the Star of David as an expression of Jewish hatred. 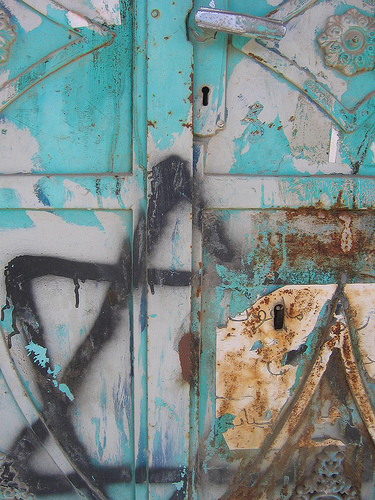 Time was when Nazis used to slather swastikas on synagogues and Jewish businesses to prepare the local population for expulsion or much worse. It’s sad that this sort of behavior persists around the world, as a new study by Tel Aviv University shows. But it’s even sadder to see Israelis regularly defacing Palestinian property with Stars of David with equal glee and with what appears to be the same brain-dead mindset.

Your local paper might not have covered it, but in the wee hours of Wednesday morning a gang of Israeli settlers attacked the West Bank village of Hawara. “Palestinians reported two torched cars on the village’s central road early yesterday,” Haaretz writes. “A small village mosque, used only on the weekend, had the word ‘Muhammad’ sprayed in Hebrew and a Star of David. Haaretz also found graffiti with the Jewish prayer ‘Praise be onto him for not making me a gentile.'” The attackers also took the opportunity to destroy some three hundred olive trees, a major source of local income. 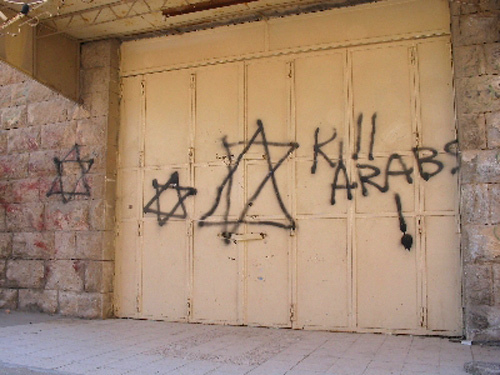 7 thoughts on “Is the Star of David the new swastika?”