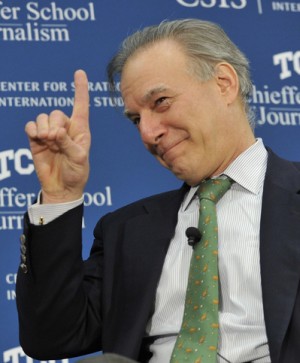 I claim no special knowledge of the inside workings of the Obama administration — merely an ear that notes the difference between substance and flatulence and to my ear what sounded like a farting contest started on April 7 with a column by David Ignatius: “Obama weighs new peace plan for the Middle East.”

Even as late as Thursday, Ignatius wasn’t ready to completely pull the plug on the story he’d started. After all, one of the primary reasons it had been taken so seriously was because it came from such an august columnist. A Middle East peace plan is on Obama’s foreign policy checklist and he’s “still working on it,” Ignatius wrote last week.

Even yesterday, Agence France Press reported: “Washington’s foreign policy echo chamber is reverberating with speculation that President Barack Obama could try to blow open the deadlock between Israelis and Palestinians with his own peace plan.”

Enough. The man has now spoken — Rahm Emanuel, that is.

The time is not ripe for a U.S.-promoted Middle East peace plan, President Obama’s chief of staff said.

“A number of people have advocated that,” Rahm Emanuel said Monday on the Charlie Rose show on Bloomberg Television.

“That time is not now,” Emanuel said. The “time now is to get back to the proximity talks, have those conversations that eventually will lead to direct negotiations…”

I guess George Mitchell can carry on snoozing in the back of his limo as he waits to start shuttling between Jerusalem and Ramallah.