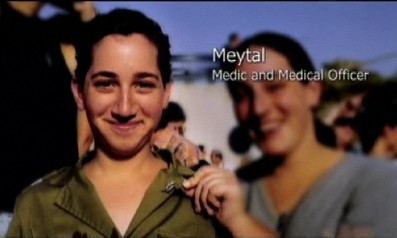 In the documentary, To See If I Am Smiling (released in 2007), six young Israeli women recount their experiences of military service in the occupied Palestinian territories.

The title comes from a story told by Meytal, a medic and medical officer. Having described how cleaning the corpses of Palestinians after they had been brutalized by Israeli soldiers had become a routine part of her job, she goes on to recount a particular moment that still haunts her: when she posed for a photograph next to a corpse.

I’m not sure when it was, but at some point I became very ashamed of that picture. And I didn’t tell anyone about it, that it existed. I forgot about it a little. But I would like to see it. To see if I look different. I want to see if I’m still smiling. 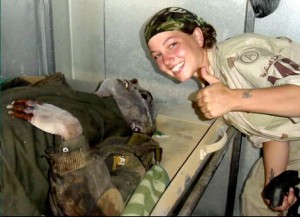 The photograph is not shown in the documentary, but in the mind’s eye of most Americans it probably evokes memories of Abu Ghraib.

Such images are iconic because they capture the moment in which a soldier discovers that he or she has become the very thing they fear. The dehumanized other is a vortex from which there is no escape.

If a nation can have such a thing as a soul, To See If I Am Smiling, reveals how profoundly Israel’s soul has been scarred by 43 years of occupation. A fully militarized society has shackled itself to a conviction — we have no choice — whereby each individual can then bury their own awareness of complicity and moral responsibility under a collective weight of irresistible necessity.

But even among Israelis who are comfortably indifferent to the plight of Palestinians, one has to wonder: how do they account for what they have done to their own sons and daughters?

As a nation struggles to avoid looking at itself, no wonder the fury and passion with which it attacks those who hold up a mirror. 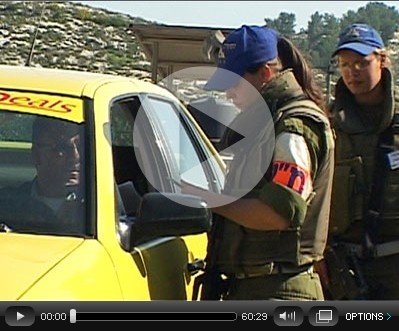 2 thoughts on “To See If I Am Smiling”