A video is circulating on Facebook. It purports to show the moment at which Furkan Dogan, a nineteen year-old Turkish young man who was also a US citizen, was killed. Click the image below to watch the video. 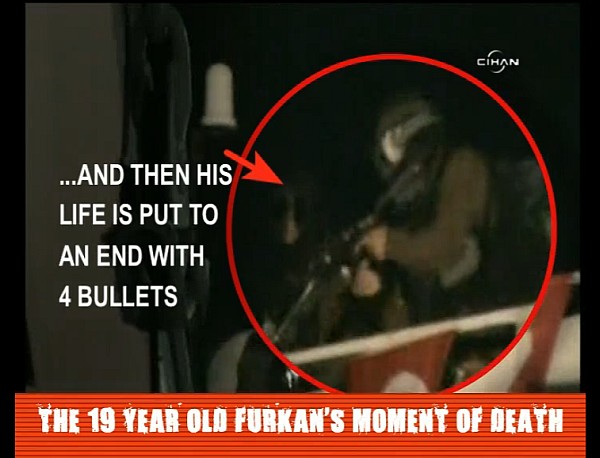 This much seems clear: Israeli soldiers on board the Mavi Marmara are pummeling someone lying on the ship’s upper deck. Are a few lethal rounds then fired into the victim? You decide.

This type of documentary evidence of events that took place during the Mavi Marmara raise more questions than it answers, yet the onus is clearly on the Israeli Defense Forces to explain what happened. The necessity that they should do so in the course of an international inquiry is all the more evident.

I have asked the IDF Spokesman’s office for comment and will update this post if I receive any further information.