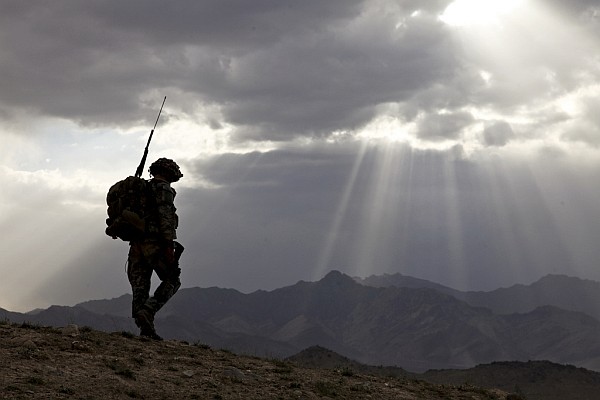 John Bolton writes: “America’s Afghanistan policy is in chaos. Fear of another Vietnam is palpable, and our friends and adversaries worldwide sense it.”

Another Vietnam? If only the US might be so lucky! Vietnam was an exercise in nation building, interrupted by an American occupation, and then fairly swiftly brought to a peaceful conclusion after the US pulled out. The prospects for Afghanistan look much bleaker.

The fear of another Vietnam is more Bolton’s own — “I confess I had no desire to die in a Southeast Asian rice paddy,” he wrote in 1995 when explaining why he supported that war but declined to enter combat duty.

But at 61, Bolton still seems eager to prove his manhood and what better way than in another full-throated appeal for “a sustained military presence in Afghanistan devoted to the grim, relentless crushing of the Taliban and Al Qaeda.”

Americans “need to understand and agree to a ‘long war’.”

This need to destroy an enemy thus aggrandized is inherently flawed in its design because it mirrors American vanity. Those who supposedly need to be crushed cannot be seen for what they are because their significance is seen utterly in terms of what their existence says about us.

4 thoughts on “The grim, relentless task of crushing of the Taliban and al Qaeda”