Professor Gilbert Achcar, author of the recently published Arabs and the Holocaust: The Arab-Israeli War of Narratives, writes at Open Democracy: 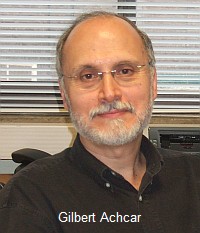 The truth is that it is Israel – not the Arabs – that never missed an opportunity to miss an opportunity to conclude a real peace with its neighbors. And this has been true since the outset. Claims, like that of Abba Eban’s [in 1973], about Arab intransigence are usually buttressed with a reference to the founding act of the creation of Israel in international law: the UN General Assembly’s vote on the partition of Palestine in November 1947, at a time when the majority of UN member states were western and western-dominated countries. The Arabs and the Palestinians are blamed for having rejected this partition, which would have granted them a larger portion of Palestine than the one they – more accurately the Jordanian accomplice of the Zionist movement, King Abdullah – ended up controlling after the first Arab-Israeli war in 1948. In other words, the Arabs are blamed for having rejected a deal that granted 56% of the territory of Palestine west of the Jordan River to Jewish inhabitants, who constituted one-third of its total population – most of them immigrants/refugees who had arrived from Europe during the previous fifteen years.

The UN 1947 partition resolution could not have been reasonably accepted by any Arab leader – or by any people in their shoes, for that matter. Accepting it would have amounted to capitulation without battle and relinquishment of fundamental rights. As for sympathy for the plight of Jewish Holocaust survivors, the Arabs, let alone the Palestinians, could legitimately say that they had already accommodated much more than their fair share of them, compared with the rest of the world, especially the victors of World War II. On the other hand, the League of Arab states had made a peace offer that is hardly mentioned in the propagandistic literature that prevails on this topic. Their proposal was summed up by the UN Special Commission on Palestine in September 1947:

(a) That Palestine should be a unitary State, with a democratic constitution and an elected legislative assembly,

(b) That the constitution should provide, inter alia, guarantees for (i) the sanctity of the Holy Places and, subject to suitable safeguards, freedom of religious practice in accordance with the status quo; (ii) full civil rights for all Palestine citizens, the naturalization requirement being ten years’ continuous residence in the country; (iii) protection of religious and cultural rights of the Jewish community, such safeguards to be altered only with the consent of the majority of the Jewish members in the legislative assembly,

(c) That the constitution should provide also for (i) adequate representation in the legislative assembly of all important communities, provided that the Jews would in no case exceed one-third of the total number of members [that is, the proportion of Jews in the Palestinian population in 1947, regardless of the date on which they immigrated]; (ii) the strict prohibition of Jewish immigration and the continuation of the existing restrictions on land transfer, any change in these matters requiring the consent of a majority of the Arab members of the legislative assembly; (iii) the establishment of a Supreme Court which would be empowered to determine whether any legislation was inconsistent with the constitution.

This proposal was congruent with the perspective of a binational state in Palestine as advocated by pacifist “cultural” Zionists – the likes of Martin Buber and Judah Magnes – and, officially at least, by leftwing Zionist organizations such as Hashomer Hatzair. It was flatly rejected by the Zionist leadership, dedicated to the project of a Jewish State in Palestine. In reality, the Ben-Gurion Laborite leadership of the Zionist movement was always much closer to its rightwing rivals of Revisionist Zionism founded by Vladimir Jabotinsky than to the “cultural Zionists” and the radical left. In essence, the statist project of Ben-Gurion matched Jabotinsky’s aspiration, albeit in a more ‘realistic’ and tactical fashion. Thus Jabotinsky said openly and loudly what the others thought as well, but did not want to proclaim lest it spoil their Machiavellian manoeuvering.

1 thought on “Israel: the writing on the wall”