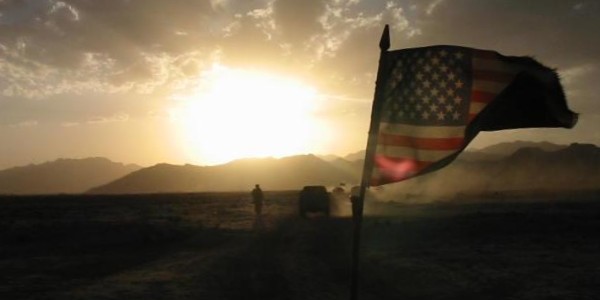 “Things are in the saddle,/ And ride mankind.” The words were written by Emerson in a poem about the Mexican war — the first crisis that took America out of itself. The second such crisis was the Spanish-American war, and we are now in the middle of the third. The extent of our empire would have shocked the signers of the Declaration of Independence. On July 4, 1776 they sought to establish their right to stay within themselves; to declare the integrity of a republic as something separate from an aggrandizing power that aimed at subjugation.

Things are in the saddle in Afghanistan, in Iraq, in Guantanamo.

Montesquieu observed of the elite of Augustan Rome that

virtue seemed to forget itself in order to surpass itself, and it made men admire as divine an action that at first could not be approved because it was atrocious.

Washington had in mind a similar warning against vainglory when he spoke the words of his Farewell Address on the infinite mischief of foreign entanglements. There may, he saw, be a wrong as well as a right love of one’s country. The wrong overpowers by a loyalty that takes us out of ourselves. The right leads back to constitutional integrity and self-sufficiency.

2 thoughts on “A free republic and its limits”