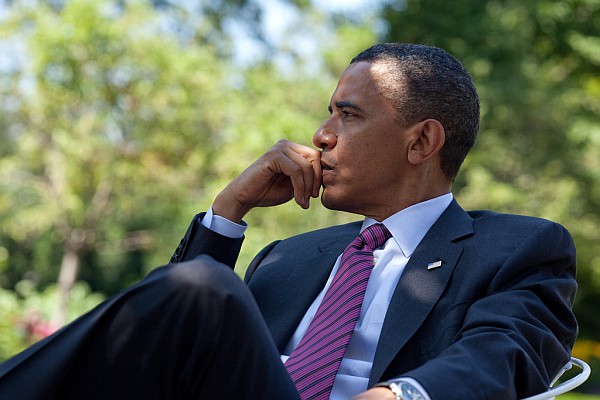 During the most violent summer of a war soon to enter its tenth year, Andrew Bacevich writes:

Much as Iraq was Bush’s war, Afghanistan has become Obama’s war. Yet the president clearly wants nothing more than to rid himself of his war. Obama has prolonged and escalated a conflict in which he himself manifestly does not believe. When after months of deliberation (or delay) he unveiled his Afghan “surge” in December 2009, the presidential trumpet blew charge and recall simultaneously. Even as Obama ordered more troops into combat, he announced their planned withdrawal “because the nation that I’m most interested in building is our own.”

The Americans who elected Obama president share that view. Yet the expectations of change that vaulted him to the presidency went well beyond the issue of priorities. Obama’s supporters were counting on him to bring to the White House an enlightened moral sensibility: He would govern differently not only because he was smarter than his predecessor but because he responded to a different — and truer — inner compass.

Events have demolished such expectations. Today, when they look at Washington, Americans see a cool, dispassionate, calculating president whose administration lacks a moral core. For prosecution exhibit number one, we need look no further than the meandering course of Obama’s war, its casualties and costs mounting without discernible purpose.

Any president who sends young Americans to die for no good reason is undoubtedly deserving great contempt, yet to observe that Obama’s war is a war he doesn’t believe in, begs an even more troubling question: Does Obama believe in anything?

How can a man whose ambitions, character, strengths and weaknesses were all hard to measure before he entered office, be even harder to read now that he has acquired a presidential track record — relatively short as that might be?

While George Bush might have entered office with a transparent sense of entitlement, what propelled Obama? Were his ambitions wrecked by impossibly difficult circumstances, or did they never hold any more substance than the nebulous promises of his campaign?