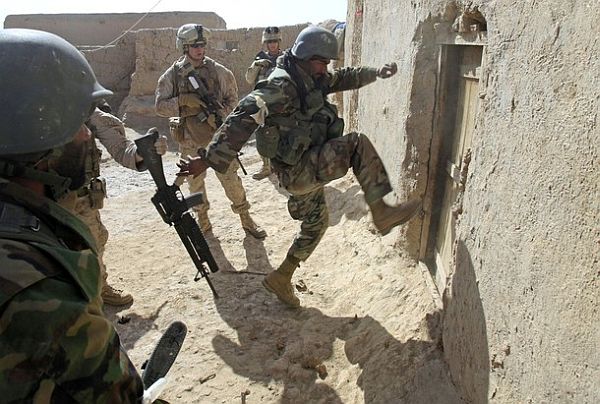 “Be a good guest. Treat the Afghan people and their property with respect,” Gen David Petreaus advises his forces in a new counterinsurgency manifesto.

Maybe during his tenure in Tampa, Florida, Petreaus used to shop regularly at Target and thus has a more elastic definition of the word “guest”, but the way I understand the term, good guests always defer to the wishes of their hosts. Good guests don’t invite themselves into anyone’s home and they don’t overstay their welcome.

Petreaus says: “Live with the people: Position joint bases and combat posts as close to those we’re seeking to secure as is feasible.”

Now when Hezbollah does this in Southern Lebanon where it is the indigenous military force, it gets accused of using the local population as human shields. US and NATO forces in Afghanistan who “live with the people” — they’re just getting cozy with their hosts.