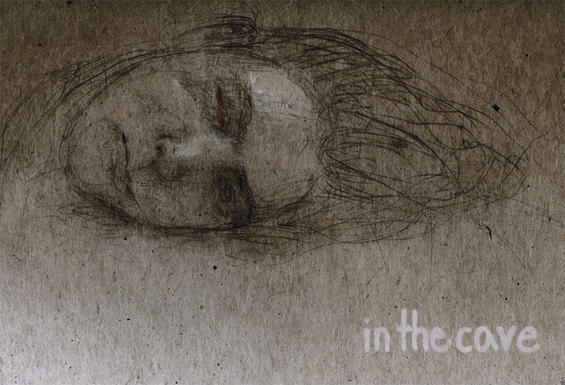 “I guess I can be grateful to the IDF for giving me the chance to see the world in a new way.”

This is Emily Henochowicz’s wry observation after having been hit in the face by a tear gas cannister fired by a soldier in the Israeli Defense Forces in Jerusalem on May 31. The impact destroyed her left eye.

The 21-year old art student from Maryland evinces no bitterness but has mixed emotions:

“I’m happy all these things are happening, that people are listening to me and looking at my work [ — the New York–based Center for Constitutional Rights is considering hosting a show of her art work],” she says. But she knows the attention is because of who she is. “I have just the right ethnicity and nationality for this to be a bigger case,” she says. If the person hit “were Palestinian,” she adds, “it is very unlikely they would get the same response. It’s just the way the world works.”

The Village Voice describes what happened after the young American was shot.

Stuart Henochowiz raced to Jerusalem, and for the week his daughter was in the hospital — the canister had also broken several bones in her skull and knocked out a tooth — he slept in a chair at the foot of her bed. The situation was worrisome enough even without all the guns nearby. “Emily was in one room with another patient, and next door was one of the prisoners from the flotilla,” he recalls. “There were four soldiers there with their submachine guns in front of that room. While I was in the darkened room with Emily, this soldier comes in with a nurse, dangling his submachine gun.” Dr. Henochowicz says he knew that the soldier was just following orders, but “the thought of her facing a submachine gun at night, after everything she’d been through — I didn’t appreciate the lack of tact.”

Adding to the situation were comments from one doctor and nurses who spoke, he says, “with racism that was straight out of the 1930s.”

“There was one doctor who was explaining Emily’s CT scan,” Dr. Henochowicz recalls, “and what they’d done with the surgery, and then he asked me, in Hebrew, ‘Are you Jewish? Because, then, how could your daughter be involved in such an activity?’ ”

Several nurses, he says, tried to explain Middle East politics in terms they thought he would relate to. “You have your blacks — and we have our Palestinians,” he says they told him. He adds, “They thought I should think of Palestinians in the same way. And I told them, ‘We don’t really think that way in the States anymore! We have a black president.’ And I told them I voted for him and gave money to his campaign, and they replied, ‘You mean, Hussein Obama?’ ”

At least, he says, “they come honestly by their racism. It’s right there. They don’t sugar-coat it. They just come out and say it.” And despite everything, the hospital was used to dealing with acts of war and terrorism and gave his daughter decent medical care.

But Stuart Henochowicz says he’s outraged by what he calls “a basic lack of decency” from the Israeli government. He says he knows that “Israel takes a very hard line,” and so he thinks the military’s stance is that “her face got in the way of the canister.” But, he adds, “these people are fathers. Couldn’t they even bother to ask, ‘Gosh, how is she doing?’ No one from the Israeli government would even talk to me. No one. Why is that? You might not agree with me, or with Emily, but why didn’t they even call me?”