“Dr Ellsberg, do you have any concern about the possibility of going to prison for this?”

“Wouldn’t you go to prison to help end this war?” Ellsberg responded when asked by reporters about the repercussions he might face after leaking the Pentagon Papers.

The 40-year old former US military analyst who was then working for the RAND Corporation, knew exactly the risks he was taking. In 1971, his was a courageous act of conscience, clear-eyed and utterly responsible.

Almost 40 years later, Wikileaks founder Julian Assange sees himself in the same role — with a difference. Assange seems to have become caught up in the mystique of whistleblowing and allowed the actors and the mechanism through which they reveal secrets to assume as much importance as the secrets themselves.

Someone using the handle Bradass87 seems to have been the source of the leaked Afghan war logs, which he described like this: “its open diplomacy … its Climategate with a global scope and breathtaking depth … its beautiful and horrifying … It’s public data, it belongs in the public domain.” 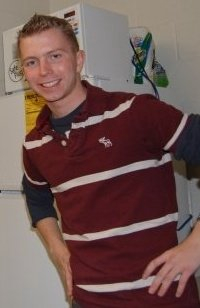 It would appear that Bradass87 is a 22-year old intelligence analyst, Private Bradley Manning. He was arrested on May 26 and was transferred today from Kuwait to Quantico, Virginia where he is in military custody and has been placed on suicide watch.

Assuming that Manning was indeed the source, it’s hard to believe that he deeply weighed up the risks he was taking. The comparison with the so-called Climategate is perhaps telling — another leak where the act of revelation had more significance than the content.

It was Assange who held up the Pentagon Papers parallel, which again perhaps said less about the documents than about the Wikileaks founder’s desire to be seen as a modern Ellsberg — even though Assange’s role is actually much closer to that of a newspaper publisher than that of a whistleblower.

Through Wikileaks, Assange has created a new and immensely valuable infrastructure for whistleblowing, but as with everything else enabled by the internet, the medium should not be confused with the content. But since in this case that is to a significant degree what has happened, the story that has captivated the media for a week has been a story about Wikileaks as much as it has been about the war in Afghanistan.

In the short run, this might provide a boost to Wikileaks and draw wider attention to its work, but in the long run the value of whistleblowing itself will be undermined if it comes to be regarded as political theater where the actors claim more attention that the text.

When asked to comment on the war logs, Ellsberg said that they are significant more for what they lack than what they contain: they provide no plausible justification for the war. But when asked by the Washington Post whether there are indeed important documents, yet to be leaked, declassified or otherwise made public, that could fundamentally alter public understanding of key national security issues and foreign policy debates, he gladly drew up a wish list:

1. The official U.S. “order of battle” estimates of the Taliban in Afghanistan, detailing its size, organization and geographic breakdown — in short, the total of our opponents in this war. If possible, a comparison of the estimate in December 2009 (when President Obama decided on a troop increase and new strategy) and the estimate in June or July 2010 (after six or seven months of the new strategy). We would probably see that our increased presence and activities have strengthened the Taliban, as has happened over the past three years.

2. Memos from the administration’s decision-making process between July and December 2009 on the new strategy for Afghanistan, presenting internal critiques of the McChrystal-Petraeus strategy and troop requests — similar to the November 2009 cables from Ambassador Karl W. Eikenberry that were leaked in January. In particular, memos by Vice President Biden, national security adviser Jim Jones and others; responses to the critiques; and responses to the responses. This paperwork would probably show that, like Eikenberry, other high-level internal critics of escalation made a stronger and more realistic case than its advocates, warranting congressional reexamination of the president’s policy.

3. The draft revision, known as a “memo to holders,” of the National Intelligence Estimate on Iran from November 2007. This has been held up for the past several months, apparently because it is consistent with the judgment of that NIE that Iran has not made a decision to produce nuclear weapons. In particular, the contribution to that memo by the State Department’s Bureau of Intelligence and Research (INR), since the INR has had the best track record on such matters. Plus, estimates by the INR and others of the likelihood of an Israeli attack on Iran later this summer. Such disclosures could arrest momentum toward a foreseeably disastrous U.S.-supported attack, as the same finding did in 2007.

4. The 28 or more pages on the foreknowledge or involvement of foreign governments (particularly Saudi Arabia) that were redacted from the congressional investigation of 9/11, over the protest of then-Sen. Bob Graham (D-Fla.).

On each of these matters, congressional investigation is called for. The chance of this would be greatly strengthened by leaks from insiders. Subsequent hearings could elicit testimony from the insiders who provided the information (whose identities could be made known to congressional investigators) and others who, while not willing to take on the personal risks of leaking, would be ready to testify honestly under oath if requested or subpoenaed by Congress. Leaks are essential to this process.

Through the revelation of such documents, Wilileaks would demonstrate its value, but if such revelations are to occur it will most likely require a selfless act of courage from someone who occupies a higher perch in government than the one held by Private Bradley Manning.

5 thoughts on “Secrets worth revealing”