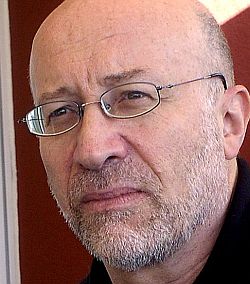 “The problem with Israel, in short, is not — as is sometimes suggested — that it is a European ‘enclave’ in the Arab world; but rather that it arrived too late. It has imported a characteristically late-nineteenth-century separatist project into a world that has moved on, a world of individual rights, open frontiers, and international law. The very idea of a ‘Jewish state’ — a state in which Jews and the Jewish religion have exclusive privileges from which non-Jewish citizens are forever excluded — is rooted in another time and place. Israel, in short, is an anachronism.”

A tribute on Democracy Now!