Israelis might argue about whether the settlements are going to destroy Zionism or help it survive; they differ much less when it comes to their views about Palestinians.

Gadi Taub is ringing the now familiar alarm bell that without a swift end to the occupation, Zionism itself will be in jeopardy. Salvation depends on partition. 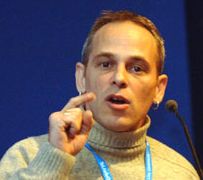 The most pressing problem with the settlements is not that they are obstacles to a final peace accord, which is how settlement critics have often framed the issue. The danger is that they will doom Zionism itself.

If the road to partition is blocked, Israel will be forced to choose between two terrible options: Jewish-dominated apartheid or non-Jewish democracy. If Israel opts for apartheid, as the settlers wish, Israel will betray the beliefs it was founded on, become a pariah state and provoke the Arab population to an understandable rebellion. If a non-Jewish democracy is formally established, it is sure to be dysfunctional. Fatah and Hamas haven’t been able to reconcile their differences peacefully and rule the territories — throwing a large Jewish population into the mix is surely not going to produce a healthy liberal democracy. Think Lebanon, not Switzerland.

In truth, both options — and indeed all “one-state solutions” — lead to the same end: civil war. That is why the settlement problem should be at the top of everyone’s agenda, beginning with Israel’s. The religious settlement movement is not just secular Zionism’s ideological adversary, it is a danger to its very existence. Terrorism is a hazard, but it cannot destroy Herzl’s Zionist vision. More settlements and continued occupation can. 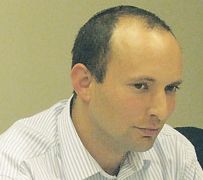 On the other side of the debate are Israelis such as Naftali Bennett, Benjamin Netanyahu’s former chief of staff and the recently named director-general of the settler advocacy group the Yesha Council.

When it comes to assessing the prospects for anything to be accomplished in the latest round of Israeli-Palestinian talks, Bennett succinctly describes the power equation and thus the reason the talks will go nowhere: “It’s in their interest more than ours. We’re doing just fine.”

Bennett challenges much of the conventional wisdom about settlements and settlers — not surprising perhaps because he lives inside Israel and was a high-tech millionaire before entering politics.

He says: “My vision is 1 million Jews living in Judea and Samaria [the West Bank], putting an end to the notion that we can have a Palestinian state in the heart of Israel.”

With over half a million Jews already planted inside the occupied territories, that vision is more than half way towards being realized. “Anyone considering the notion of expelling 80,000 or 150,000 Jews (from the West Bank) today should know that it’s simply impossible,” Bennett declares.

Since he rejects the idea of a Palestinian state, the Los Angeles Times asks Bennett what alternative he envisions:

The alternative is peaceful coexistence on the ground and simply strengthening the current, very positive trends with the economy and security. Removing the roadblocks. Giving Palestinians political rights to vote for themselves. If they want to reach an agreement with Jordan to give them citizenship, so be it. If we need to make adjustments to make life better, we can.

Many Palestinians say the status quo is unfair and not acceptable.

There wouldn’t be apartheid. They’d rule themselves and we’d rule ourselves. We’d drive on the same roads. Arabs have fairly good lives. The overwhelming majority of the Palestinian people want peaceful coexistence. It’s just their leaders who are not OK with it.

It’s not perfect. They want a full-blown state. But it’s a zero-sum game. If they have a state, we’ll cease to exist. That’s the best we can do.

What’s interesting in looking at these contrasting Israeli views of the settlements is that beneath the divergence in analysis, there is an Israeli consensus: they see no real basis for Palestinian self determination. Palestinians would undermine the effective functioning of any democracy other than a Jewish-controlled “democracy,” but they can rule themselves so long as they don’t imagine they can have their own fully sovereign state.

Whether viewed from the left or the right, the one thing most Jewish Israelis seem to agree on (even if they differ in how bluntly they will state this) is that they regard Palestinians as their inferiors.

Update: Following a shooting attack in which Palestinian gunmen killed four Israelis outside the Kiryat Arba settlement near Hebron on Tuesday, settlement leaders were quick to call for talks due to start in Washington on Wednesday, to be cancelled.

The head of the Mount Hebron Regional Council, Tzvika Bar-Hai, called on Netanyahu to cancel the Washington talks.

“There is no place for negotiations with those who respond with deadly fire to our hand outstretched for peace,” he said.

“It is time for the leaders of Israel to wake up from the illusion of false peace,” Bar-Hai added.

“We’re talking about one of the worst terrorist attacks in the past few years,” said Naftali Bennet, director-general of the Council of Jewish Communities of Judea, Samaria and Gaza.

“We’re asking that the prime minister immediately turn the plane around and come back to Israel. It’s not possible, while we’re holding funerals, that he can stay there. And we’re calling on him, tomorrow morning, to renew the building in Judea and Samaria,” he said.

The council announced Tuesday night that it would respond to the attack by unilaterally ending the construction freeze and starting to build on Wednesday.

A Yesha Council statement said: “The Zionist answer is to build and support. They shoot and we build. Each does as he believes.”

Although a spokesman for Izz al-Din al-Qassam, the military wing of Hamas, claimed responsibility for the attack, Ynet reported:

Earlier on Tuesday, Hamas Spokesman Fawzi Barhum addressed the attack but did not claim responsibility for it.

“The attack was not meant to impede direct negotiations which failed prior to even starting. This is a natural response by the Palestinian resistance to the enemy’s crimes, and is proof that despite the resistance’s persecution by the security services and despite Israel’s crimes, the Palestinians are capable of responding to these crimes,” he said.

Barhum stressed that the attack was the type of response “which the enemy and occupation should expect. The Palestinian resistance is alive, well and kicking.”

4 thoughts on “The Israeli consensus: Palestinians are inferior”