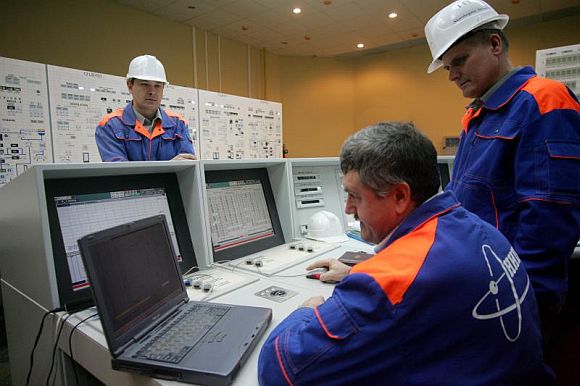 On August 5, I reported on the strong evidence that Iran had become the target of a state-sponsored cyber attack.

At that point it was already understood that the Stuxnet computer worm was almost certainly targeting Iran since that was the location of 60% of the computer systems affected. Moreover, since the worm targets Siemens SCADA (supervisory control and data acquisition) management systems that control energy utilities, and since its design strongly suggested that it had been created for sabotage, it seemed likely that the specific target was Iran’s nuclear program. 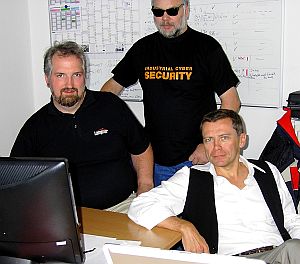 A German team of industrial cyber security experts who have analyzed the way the worm operates now claim that it may have been designed to attack the newly operational Bushehr nuclear reactor.

“Stuxnet is a 100-percent-directed cyber attack aimed at destroying an industrial process in the physical world,” says Langner, who last week became the first to publicly detail Stuxnet’s destructive purpose and its authors’ malicious intent. “This is not about espionage, as some have said. This is a 100 percent sabotage attack.”

On his website, Langner lays out the Stuxnet code he has dissected. He shows step by step how Stuxnet operates as a guided cyber missile. Three top US industrial control system security experts, each of whom has also independently reverse-engineered portions of Stuxnet, confirmed his findings to the Monitor.

“His technical analysis is good,” says a senior US researcher who has analyzed Stuxnet, who asked for anonymity because he is not allowed to speak to the press. “We’re also tearing [Stuxnet] apart and are seeing some of the same things.”

Other experts who have not themselves reverse-engineered Stuxnet but are familiar with the findings of those who have concur with Langner’s analysis.

“What we’re seeing with Stuxnet is the first view of something new that doesn’t need outside guidance by a human – but can still take control of your infrastructure,” says Michael Assante, former chief of industrial control systems cyber security research at the US Department of Energy’s Idaho National Laboratory. “This is the first direct example of weaponized software, highly customized and designed to find a particular target.”

“I’d agree with the classification of this as a weapon,” Jonathan Pollet, CEO of Red Tiger Security and an industrial control system security expert, says in an e-mail.

Langner’s research, outlined on his website Monday, reveals a key step in the Stuxnet attack that other researchers agree illustrates its destructive purpose. That step, which Langner calls “fingerprinting,” qualifies Stuxnet as a targeted weapon, he says.

Langner zeroes in on Stuxnet’s ability to “fingerprint” the computer system it infiltrates to determine whether it is the precise machine the attack-ware is looking to destroy. If not, it leaves the industrial computer alone. It is this digital fingerprinting of the control systems that shows Stuxnet to be not spyware, but rather attackware meant to destroy, Langner says.

Langer speculates that Iran’s Bushehr nuclear power plant may have been the Stuxnet target. He also writes: “The forensics that we are getting will ultimately point clearly to the attacked process — and to the attackers. The attackers must know this. My conclusion is, they don’t care. They don’t fear going to jail.”

If Bushehr was indeed the target, it may have presented itself first and foremost as a target of opportunity. From the point of view of governments with an interest in sabotaging Iran’s nuclear program, Bushehr would not be the most attractive target, but access provided to Russian contractors may have made it the easiest target.

So let’s assume that using Stuxnet, Israel has indeed launched the world’s first precision, military-grade cyber missile. What are the implications?

1. Iran has been served notice that not only its nuclear facilities but its whole industrial infrastructure is vulnerable to attack. As Trevor Butterworth noted: “By demonstrating how Iran could so very easily experience a Chernobyl-like catastrophe, or the entire destruction of its conventional energy grid, the first round of the ‘war’ may have already been won.”

2. The perception that it has both developed capabilities and shown its willingness to engage in cyberwarfare, will serve Israel as a strategic asset even if it never admits to having launched Stuxnet.

3. When it comes to cyberwarfare, Israel ranks as a major global power. It’s own tiny infrastructure makes it much less vulnerable to attack than is the sprawling infrastructure of the United States. It’s highly developed military IT industry means that it not only has great domestic human resources but that Israeli IT specialists, through research and employment, have the best possible access to most of the leading development facilities and vendors around the world.

4. As a cyber arms race takes off, we should not imagine that it will be like other arms races where power resides more in capabilities than in the use of those capabilities. “Whereas nuclear weapons have been used twice in human history, cyber weapons are employed daily and there is therefore an existential need to create some form of regulatory system that allows more than implicit deterrence,” says Robert Fry.

5. If AQ Khan demonstrated the ease with which a nuclear proliferation network can operate, the fact that the raw material upon which cyberwarfare is based is arguably the most easily transferable object on the planet — computer code — means that in certain ways the era of cyberwarfare may prove to be more dangerous than the nuclear era.

6. In the strategic landscape of cyberwarfare the most dangerous player may turn out to be a small but highly developed fortress-state that feels threatened by much of the rest of the world; that neither trusts nor is trusted by any of its allies; that sees its own stability enhanced by regional instability; that has seen its own economic fortunes rise while the global economy suffers; and that views with contempt the notion of an international community.

15 thoughts on “Stuxnet: the Trinity test of cyberwarfare”