Did the Washington Post‘s David Ignatius really travel all the way to Pir Sabak, west of Islamabad in flood-devastated Pakistan, just to ask the villagers there what they think of America?

When I arrived, villagers were erecting a big tent to serve as a mosque — even before they had built a school for their kids. When I asked what they thought about America, they had no criticisms. “We are in a time of need, and we are looking for help from anywhere,” said Mohammed Ali, a white-bearded man who was helping raise the canvas mosque.

The U.S. military has been working hard to provide flood assistance, but most of that is invisible to Pakistanis. They read about American drone attacks but not about helicopters bringing food supplies. That lack of recognition upsets U.S. officials, but they haven’t been able to change it.

On a day’s tour of the northern flood zone, I saw posters for Turkish, British and other European relief groups, but not one sign of American help. That’s a missed opportunity. These people still need help desperately, and they will remember those who visibly provided it.

I guess if USAID takes Ignatius’ message to heart, they might start producing multi-lingual labeling for aid packaging. But as the Post columnist learned, those in desperate need don’t care too much about where the help comes from.

As for what changes perceptions, it’s a shame Ignatius wasn’t in Pir Shabak a month ago during the visit by Baroness Warsi, Britain’s first Muslim minister and Chairwoman of the Conservative Party. 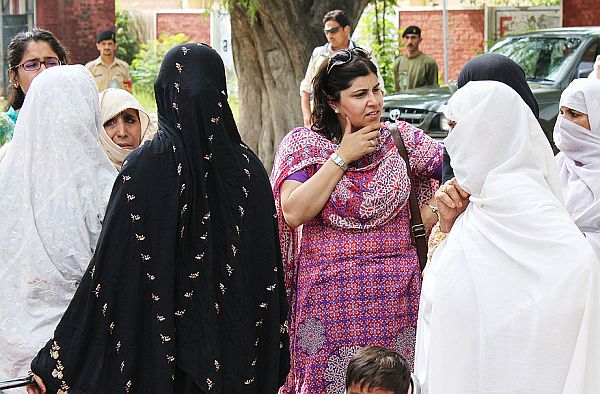 Just imagine if the US government could send a Muslim woman cabinet level official on a diplomatic mission to a Muslim country — or for that matter, on a trip to Florida or Tennessee!

While men like Imam Feisal Rauf are struggling to win acceptance for Muslims within American society, Sayeeda Hussain Warsi can speak confidently as a Muslim feminist and British political leader who exemplifies what it means to create a modern pluralistic society.

1 thought on “Does every disaster present an American diplomatic opportunity?”