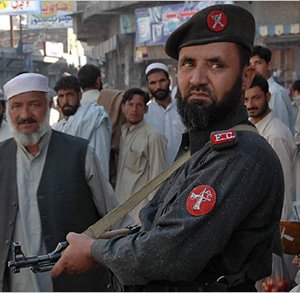 After three Frontier Corps soldiers were killed in a NATO helicopter attack on a Pakistani border post last week, the Pakistani government cut off supplies to Afghanistan by closing the Torkham border crossing. It was the easiest way of sending a message to Washington that killing Pakistani soldiers is unacceptable.

The Washington Post‘s editorial page now shoots back: “[Pakistan’s] resistance to a more muscular U.S. campaign in North Waziristan, where the Haqqani faction is based, is unacceptable.”

So what’s the Obama administration going to do? Show the Pakistanis who’s the boss and threaten to cut off aid to a country currently dealing with an environmental catastrophe worse than the 2004 Asian Tsunami?

For those with an imperial mindset (like the editors of the Washington Post) the issue here is about who has the right and the power to exercise their will. America, land of the righteous, savior of the world, must prevail.

But America’s real military problem is not it’s inability to restore a global consensus about the supremacy of its military might. America’s problem is topography.

It’s because of topography that “Pakistan has a veto over President Barack Obama’s military strategy in Afghanistan.”

It’s because of topography that the border between Pakistan and Afghanistan is a contrivance that the Taliban can freely use to their advantage.

Though thanks to Vietnam’s jungles, quagmire remains the metaphor of choice when we talk about unwinnable wars, a more appropriate metaphor for what is now glibly referred to as Af-Pak is The Labyrinth. 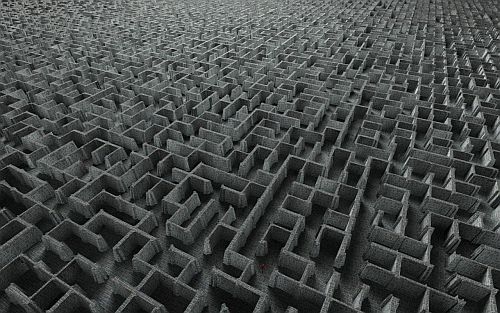 When the Pentagon saw it’s opportunity to vanquish the ghost of Vietnam, it knew what it was looking for: a great big cumbersome army in a wide open space.

Victory against Saddam in Kuwait was a foregone conclusion — even if it’s debatable exactly what the US proved when it demonstrated its ability to slaughter thousands.

The Washington Post now sees itself as a valiant bugler leading the charge in the next phase of what it swiftly, justifiably but also cynically dubbed “Obama’s war”. But like all the war’s proponent, it is a victim of an irresistible illusion: that will-power can move mountains. Others have tried — and the mountains are still there. 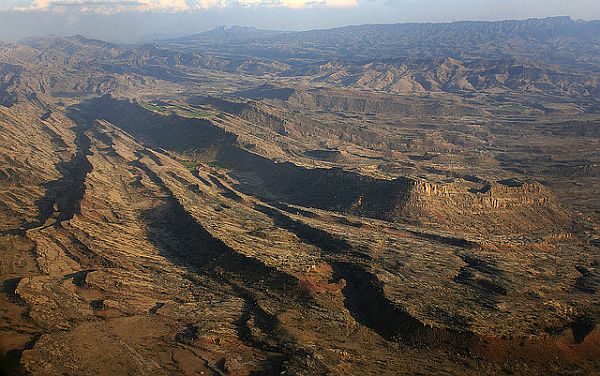 What will be accomplished by the latest call for what is euphemistically described as a more “muscular” approach in Waziristan is the further reinforcement of a view of America already widely held in Pakistan.

As Mosharraf Zaidi points out:

There is no ideological commitment or religious fervor that fuels the Pakistani public’s anti-Americanism. Nor is there a particularly civilizational flavor to it. Pakistani anti-Americanism comes from a sustained narrative in which Pakistan is the undignified and humiliated recipient of U.S. financial support — provided at the expense of Pakistani blood.

As narratives go, this comes closer to the truth than its comic-book counterpart: the war of necessity (in which Obama heads in deeper on his search for the way out).