“Affirmation of Israel’s Jewishness… is the very foundation of peace, its DNA,” claims Michael Oren, Israel’s ambassador to the United States.

Well, if that’s really true then one can only conclude that Israel will never exist in peace — not because it will fail in getting the affirmation it demands from its Palestinian neighbors but because Jews themselves can’t agree on the nature of Israel’s Jewishness. And if Jews can’t agree on this, what business does Israel have in demanding such recognition from anyone else? 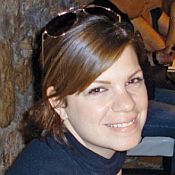 When Hillary Rubin immigrated from the U.S. to Israel, the granddaughter of Holocaust survivors and descendant of a famed Zionist visionary felt that she had finally arrived in her true home.

But now that religious authorities are questioning the 29-year-old Michigan native’s Jewish pedigree and refusing to recognize her marriage, she’s having second thoughts.

Rubin is at the center of a deepening rift between the world’s two biggest Jewish communities – the American and Israeli. Religious life in Israel is dominated by the strict ultra-Orthodox establishment, which has growing political power and has become increasingly resistant to any inroads by the more liberal movements that predominate among American Jews.

Many Americans – whose faith is seen by the ultra-Orthodox as blurred by intermarriage and fading adherence to tradition – are feeling rejected and unwelcome.

“I feel like I am caught in the middle of these two worlds,” said Rubin, who was raised in a liberal Jewish home in a Detroit suburb. “On the one hand I’m far too traditional for American society. On the flip side, I am not religious enough for the rabbinate in Israel.”

It’s a far cry from the days when American Jews looked to Israel as a source of pride and inspiration and Israel could rely on America’s Jews as a source of unconditional moral support and fundraising. With ultra-Orthodox Jews the fastest growing sector in Israel, often holding the balance of power in coalition governments, open strains between the communities are now far more common.

Over the summer, a proposed law that would have consecrated the Orthodox monopoly over conversion in Israel caused an uproar among Diaspora Jews. Prime Minister Benjamin Netanyahu was forced to shelve the bill in hopes of finding a compromise.

Last week, American and Israeli Jewish leaders held a conference in Jerusalem aiming at ironing out their differences. But the closed-door sessions were tense and all sides stuck to their positions, said one participant, American Rabbi Jerome Epstein, of the Conservative movement.

He warned that the conflict could “tear the people apart” if no compromise is found.

“There are a lot of Americans who normally would not get involved in Israeli politics but who are saying, ‘What you are doing is delegitimizing me. It is not enough to want my support and want my money, you have to be willing to recognize me as a human being and as a Jew,’ and they feel that is not happening,” he said.

But an Israeli state that delegitimizes Palestinians who can prove their ancestral and property claims and that depends on tax dollars paid by non-Jewish Americans — that’s OK?