Human beings are animals, but the aspects of our nature that can most fittingly be called animalistic, most often express themselves collectively. They require the abandonment of a sense of self, a loss of the awareness of individual autonomy and personal integrity as individual will submerges in collective will.

When individuals from Jewish Voice of Peace disrupted Benjamin Netanyahu’s speech in New Orleans yesterday, waves of anger swept through the audience. 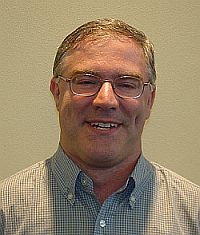 Jeff Shapira from San Antonio grabbed one of the protesters by the throat, but when later asked whether he had ever put a woman in a choke hold before, he responded: “Not really. No. I really did not know what was going to happen, I wanted to keep her in check. I was trying to help.”

As can be seen in the video above, a rabbi in the audience performed his own ritualistic denunciation of the protests by tearing and biting one of the protest banners as though he was slaughtering a sacrificial animal.

The collective judgement was, no doubt, that these are all appropriate ways of dealing with “self-hating” Jews — the only type of Jew who can be expected to criticize Israel.

Meanwhile, Alfred Grosser, a Jewish intellectual and Holocaust survivor who is the keynote speaker at a ceremony marking the 72nd anniversary of Kristallnacht in Frankfurt tonight, has similarly been attacked because he describes himself as pro-Palestinian.

In an interview with the Jerusalem Post, Israel’s deputy chief of mission in Germany, Emmanuel Nahshon, said that Frankfurt’s decision to invite Mr. Grosser to speak at the memorial “casts an unfortunate and unnecessary shadow on the event.” He also said that Mr. Grosser’s criticism of Israel was “illegitimate and immoral,” and suggested that his “extreme opinions are tainted by self-hatred.”

The campaign to demean and delegitimize individual Jews by describing them as being afflicted by self-hatred is transparently coercive. There is perhaps a sense that the tribe cannot allow itself to rip itself apart by rejecting any of its members, but those who display what is cast as a form of tribal disloyalty must be neutered and silenced — both as a form of punishment and as a way of signalling to waverers the risks involved in stepping out of line. Rather than the threat of exile, there is the threat of being branded a lesser Jew, a self-hating Jew.

But the phrase itself — self-hating — seems to indicate more. This “self” is a particular form of Jewish identity which recognizes no such thing as a fully autonomous individual identity. A tribal consciousness, which rejects true autonomy, cannot accommodate expressions of personal conscience through dissent. The putative self which is supposedly being hated, exists inside the individual only in as much as the individual mirrors the collective

While social mechanisms such as these stretch all the way back to the origins of primate behavior, in the age of complex, diverse modern societies, they point in a darker direction: this is where fascism finds its base.

The New Orleans protesters later described who they are and why they took their action:

They also released a declaration at Young Jewish and Proud:

A vision of collective identity, purpose and values written by and for young Jews committed to justice in Israel and Palestine. It is an invitation and call to action for both our peers and our elders, launched as a counter-protest at the 2010 Jewish Federation General Assembly in New Orleans. [Read their full declaration.]

8 thoughts on “Tribal loyalty versus the integrity of the individual”