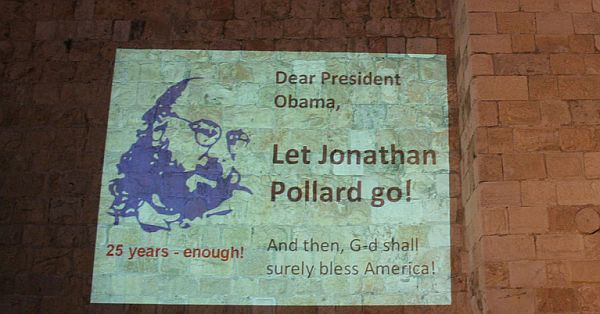 A “relentless” campaign by David Nyer, a Jewish Orthodox activist from Monsey, New York, has succeeded in winning significant support from House Democrats who are now calling on President Obama to release Jonathan Pollard.

Pollard is a former civilian intelligence analyst who was convicted of spying for Israel and through a plea bargain received a life sentence in 1987. He is believed to have caused incalculable damage to US national security.

Nyer’s campaign “struck gold” when he succeeded in winning the support of Rep. Barney Frank. The JTA reported:

Getting Frank was a coup, one congressional insider said, not only because he has a leadership position, but because his pronounced liberalism in other arenas adds credibility to an effort that has been identified in recent years with the Israeli and pro-Israel right.

Frank took up the cause because he long has believed that Pollard’s life sentence was disproportionate to the crime, his spokesman said.

“It is something he feels strongly about,” Harry Gural told JTA.

Launching the initiative at a Capitol Hill news conference Nov. 18, Frank listed two factors that made the matter timely: Pollard’s 25 years in prison as of Sundayand the parlous state of the Israeli-Palestinian peace process.

“The justification of this is the humanitarian one and the notion that the American justice system should be a fair one,” Frank said. “We believe that clemency after 25 years for the offenses of Jonathan Pollard would do that.

“My own hope is that if the president would do this, it would contribute to the political climate within the democracy of Israel and would enhance the peace process.”

Frank alluded to Obama’s low popularity in Israel where, fairly or not, the president has been saddled with a reputation as cool to Israeli interests.

The Jerusalem Post reports that Benjamin Netanyahu has asked the US to add Pollard’s release to the many other generous incentives the Obama administration have offered Israel in the hope of a 90 day, once only, extension to the settlement slowdown.

In “Why Pollard Should Never Be Released (The Traitor),” published in the New Yorker in January 1999, Seymour Hersh wrote:

A full accounting of the materials provided by Pollard to the Israelis has been impossible to obtain: Pollard himself has estimated that the documents would create a stack six feet wide, six feet long, and ten feet high. Rafi Eitan, the Israeli who controlled the operation, and two colleagues of his attached to the Israeli diplomatic delegation — Irit Erb and Joseph Yagur — were named as unindicted co-conspirators by the Justice Department. In the summer of 1984, Eitan brought in Colonel Aviem Sella, an Air Force hero, who led Israel’s dramatic and successful 1981 bombing raid on the Iraqi nuclear reactor at Osirak. (Sella was eventually indicted, in absentia, on three counts of espionage.) Eitan’s decision to order Sella into the case is considered by many Americans to have been a brilliant stroke: the Israeli war hero was met with starry eyes by Pollard, a chronic wannabe.

Yagur, Erb, and Sella were in Washington when Pollard was first seized by the F.B.I., in November, 1985, but they quickly left the country, never to return. During one period, Pollard had been handing over documents to them almost weekly, and they had been forced to rent an apartment in northwest Washington, where they installed a high-speed photocopying machine. “Safe houses and special Xeroxes?” an American career intelligence officer said, despairingly, concerning the Pollard operation. “This was not the first guy they’d recruited.” In the years following Pollard’s arrest and confession, the Israeli government chose not to cooperate fully with the F.B.I. and Justice Department investigation, and only a token number of the Pollard documents have been returned. It was not until last May [1998] that the Israeli government even acknowledged that Pollard had been its operative.

In fact, it is widely believed that Pollard was not the only one in the American government spying for Israel. During his year and a half of spying, his Israeli handlers requested specific documents, which were identified only by top-secret control numbers. After much internal assessment, the government’s intelligence experts concluded that it was “highly unlikely,” in the words of a Justice Department official, that any of the other American spies of the era would have had access to the specific control numbers. “There is only one conclusion,” the expert told me. The Israelis “got the numbers from somebody else in the U.S. government.”

Richard Perle? He was Assistant Secretary of Defense in the Reagan administration at that time and early in his career had been caught by the FBI passing classified information to the Israeli embassy in Washington.

Pollard’s American interrogators eventually concluded that in his year and a half of spying he had provided the Israelis with more than a year’s worth of the daily FOSIF reports from Rota [in Spain, the location of the Navy’s Sixth Fleet Ocean Surveillance Information Facility (FOSIF)]. Pollard himself told the Americans that at one point in 1985 the Israelis had nagged him when he missed several days of work because of illness and had failed to deliver the FOSIF reports for those days. One of his handlers, Joseph Yagur, had complained twice about the missed messages and had asked him to find a way to retrieve them. Pollard told his American interrogators that he had never missed again.

The career intelligence officer who helped to assess the Pollard damage has come to view Pollard as a serial spy, the Ted Bundy of the intelligence world. “Pollard gave them every message for a whole year,” the officer told me recently, referring to the Israelis. “They could analyze it” — the intelligence — “message by message, and correlate it. They could not only piece together our sources and methods but also learn how we think, and how we approach a problem. All of a sudden, there is no mystery. These are the things we can’t change. You got this, and you got us by the balls.” In other words, the Rota reports, when carefully studied, gave the Israelis “a road map on how to circumvent” the various American collection methods and shield an ongoing military operation. The reports provide guidance on “how to keep us asleep, thinking all is working well,” he added. “They tell the Israelis how to raid Tunisia without tipping off American intelligence in advance. That is damage that is persistent and severe.”