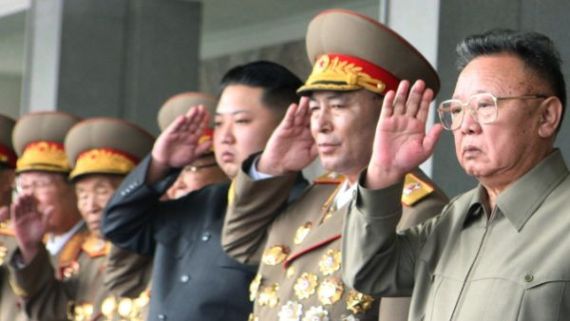 South Korean officials promised “enormous retaliation” if more North Korean attacks follow the shelling Tuesday of tiny Yeonpyeong island. For more than one reason, they can be glad that hasn’t happened.

To match the North’s aggression would cause a destructive conflict; to do nothing is to appear weak. A taxi driver in Seoul told me North Korea would never have attacked if the South still had a strong leader, like one-time military dictator Park Chung-hee. The driver said policies of engagement with the North had made the South into a pushover, a country that can be attacked without fear of serious retaliation. Nowadays, it seems everyone has a theory on how to handle North Korea.

Regardless, some things are fairly clear. To justify its military-first regime, North Korea always needs fresh evidence that the outside world wishes ill on the country. Its leaders need to present some acceptable reason why so many North Koreans are starving.

According to North Korea expert Brian Myers, “If the U.S. and South Korea cannot do anything for fear of Seoul coming under attack, and are foolish enough to make this line of reasoning public, then a future ‘provocation’ is merely a matter of time.”

Twenty-something Kim Jong Un is expected to take over leadership from his aging father soon, but the training wheels aren’t off yet. Some consider the North Korean attack a kind of practice for the young Kim, a way to demonstrate experience in dealing with conflict.

Myers plays down that angle: “I don’t like the current Western journalist habit of attributing NK’s every show of belligerence to the succession dynamic. It implies that things will change in the future once Kim Jong Un is settled in. I don’t consider that likely; when you are a military-first state you have to keep flexing your muscles on the world stage.”

The succession narrative invests too much significance in personality politics: the idea that a kind of rite of passage is playing out through which Kim Jong Un can demonstrate his capacity to be invested with the authority now possessed by his father. Yet as with all authoritarian regimes, the power of the state resides in the institution of the regime and the overriding interest of that institution is in its own continuity. Dynastic succession has less to do with a transfer of power than it has with maintaining the status quo.

Behind North Korea’s cartoon dictator, handful of semi-functional nuclear weapons and threats of ”merciless” retaliation there is a desperate and exhausted nation that can barely concentrate beyond the next meal.

If there is any cause for reassurance after this week’s deadly attack on South Korean civilians and revelations that North Korea has a second nuclear program, it is that Kim Jong-il and his generals may be dangerous but there is little evidence they are collectively mad.

”Do you think the North Korean military is stupid enough to have a war with America?” says Park Syung-je, of the Asia Strategy Institute in Seoul. ”Do you think his son and others want suicide? I don’t think that is possible.”

North Korea has the world’s second-largest army with more than a million soldiers and nearly 5 million reservists, despite its population shrinking to just 23 million people after two decades of famine and malnutrition. But even within this privileged military strata soldiers are physically stunted, equipment is not maintained and even bullets are in short supply.

3 thoughts on “Crisis on the Korean peninsula or business as usual?”