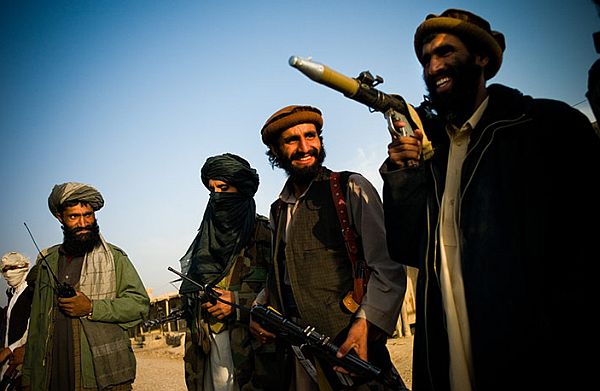 The intrepid Ghaith Abdul-Ahad, in his most recent series of reports from Afghanistan, describes his meeting with Abdul Salam Zaeef, the former Taliban ambassador to Pakistan, who spent three years from 2002 in Guantánamo and who, until July this year, was on the UN list of known terrorists. 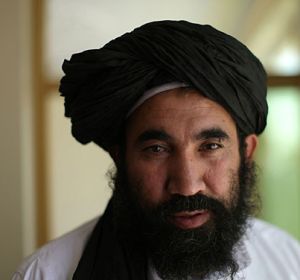 Zaeef is now a prolific writer and speaks five languages fluently. According to many Taliban insiders, if there are any negotiations between the Taliban and the Americans they will go through him.

“The Americans came and sat here,” he said, pointing at one of the big sofas. “They said they needed to talk to the Taliban but couldn’t find them. They didn’t know who the Taliban were. I said go and look, they are everywhere, the Taliban have shadow governors and administrators, why don’t you go and talk to them?”

The real reason the Americans didn’t talk, he said, was that they had no respect for the Taliban.

“I told the Americans to respect their enemy. You can’t negotiate with the Taliban from a position of strength, so why would the Taliban come and talk to you? If you want talks you have to treat the Taliban as equals.”

In any negotiation, the Taliban would assert that as long as their land was under occupation they would struggle to liberate it.

They would continue to fight until the foreigners left. Their argument was with the Americans, not the Afghan government. They did not want to bring down the government, they just wanted to renew it.

“Why would we negotiate with Karzai if he has no say in running his government? They are under occupation and all orders come from foreigners.”

The Americans, he said, had not talked to any senior Taliban to his knowledge. However, “the government and the Taliban have been talking for two years on local matters, health-related issues, prisoner exchange, education.

“This is not a negotiation, this is a way to help and benefit our Afghan people and nation. Negotiations haven’t started yet.”

The Americans had a right to know that Afghanistan would not be used as a base for attacks against them, he said, but that was all.

“The Americans have one right only, and that is their right to be assured that Afghanistan will not be used against them and that is something the Taliban should give.

“The Americans behave with arrogance and if they don’t want to be defeated in Afghanistan they should talk.

“They don’t belong here,” he said. “They are foreigners, outsiders.”

Meanwhile, The Guardian contradicts earlier reports which had claimed that British intelligence had been responsible for engaging an impostor negotiator.

Peace talks conducted with an impostor who posed as a Taliban leader, and which led to a meeting with Hamid Karzai in Kabul and thousands of dollars in “goodwill payments”, were started by the Afghan government and approved by the former American commander, Stanley McChrystal, the Guardian has learned.

This account sharply contradicts claims made by the Afghan presidency, which has put the entire blame on Britain, apparently supported privately by US officials.

1 thought on “How to talk to the Taliban”