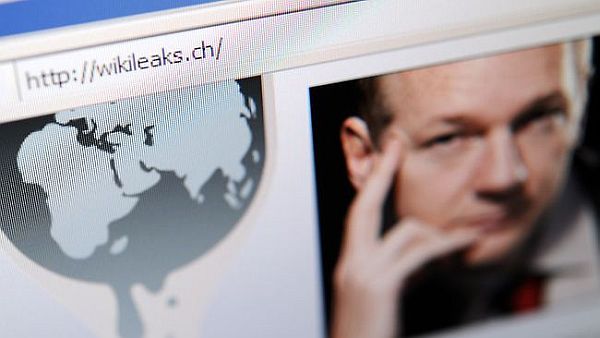 The counterpart of asymmetric warfare is asymmetric fear — a form of mass hysteria in which smaller and smaller threats provoke more and more extreme reactions.

The arc that connects Osama bin Laden to Julian Assange describes the pathology of these times: fear has become our only compass.

When the United States Secretary of State describes the release of reams of somewhat embarrassing but generally informative cables as “an attack on the international community,” and while opinion makers call for Assange’s arrest, assassination or execution, we shouldn’t be asking how much harm WikiLeaks can do, but whether the political establishment in America is becoming unhinged.

Julian Assange and Pfc Bradley Manning have done a huge public service by making hundreds of thousands of classified U.S. government documents available on Wikileaks — and, predictably, no one is grateful. Manning, a former army intelligence analyst in Iraq, faces up to 52 years in prison. He is currently being held in solitary confinement at a military base in Quantico, Virginia, where he is not allowed to see his parents or other outside visitors.

Assange, the organizing brain of Wikileaks, enjoys a higher degree of freedom living as a hunted man in England under the close surveillance of domestic and foreign intelligence agencies — but probably not for long. Not since President Richard Nixon directed his minions to go after Pentagon Papers leaker Daniel Ellsberg and New York Times reporter Neil Sheehan – “a vicious antiwar type,” an enraged Nixon called him on the Watergate tapes — has a working journalist and his source been subjected to the kind of official intimidation and threats that have been directed at Assange and Manning by high-ranking members of the Obama Administration.

Published reports suggest that a joint Justice Department-Pentagon team of investigators is exploring the possibility of charging Assange under the Espionage Act, which could lead to decades in jail. “This is not saber-rattling,” said Attorney General Eric Holder, commenting on the possibility that Assange will be prosecuted by the government. Secretary of State Hillary Clinton called the Wikileaks disclosures “an attack on the international community” that endangered innocent people. White House Press Secretary Robert Gibbs suggested in somewhat Orwellian fashion that “such disclosures put at risk our diplomats, intelligence professionals, and people around the world who come to the United States for assistance in promoting democracy and open government.”

For the past several months, Assange has widely believed to have been in hiding somewhere in the United Kingdom. The public perception has been one of a man hunt.

But according to his U.K.-based lawyer, Mark Stephens, Scotland Yard has actually had precise knowledge of Assange’s whereabouts since he arrived in this country in October. Indeed, Stephens maintains, they even have a phone number should they wish to reach him.

“I feel like I am sitting in the middle of a surreal Swedish fairytale,” Stephens said. “The trolls keep threatening to come on and keep making noises off stage. But at the moment, no appearance from them.”

Apparently, the delay in Assange’s apprehension stems from the fact that the original warrant listed the maximum penalty only for the most serious charge (in this case, rape), rather than for all of the charges (which include sexual molestation and unlawful coercion). Assuming the new warrant fulfills the letter of the law, Soca will then be legally obliged to authorize the police to arrest Julian Assange.

Baruch Weiss, a former federal prosecutor who served in the Treasury and Homeland Security departments, asks:

Indeed, when Congress tried to enact such a statute, President Bill Clinton sensibly vetoed it. His reason: The government suffers from such an overclassification problem – some intelligence agencies classify even newspaper articles – that a law of this sort would end up criminalizing the disclosure of innocuous information. And even that vetoed statute would have applied only to government officials, not to private individuals or journalists.

Instead, prosecutors in the Assange case, like the prosecutors in the AIPAC case I handled, would resort to the Espionage Act of 1917, an archaic, World War I-era statute that prohibits “willfully” disclosing “information relating to the national defense.” According to Judge T.S. Ellis in the AIPAC case, this means that the prosecution must prove, among other things, that a defendant knew that the information he was disclosing was potentially damaging to national security and that he was violating the law.

Here, Assange can make the department’s case especially difficult. Well before publishing the cables, he wrote a letter to the U.S. government, delivered to our ambassador in London, inviting suggestions for redactions. The State Department refused. Assange then wrote another letter to State, reiterating that “WikiLeaks has absolutely no desire to put individual persons at significant risk of harm, nor do we wish to harm the national security of the United States.”

In that second letter, Assange stated that the department’s refusal to discuss redactions “leads me to conclude that the supposed risks are entirely fanciful.” He then indicated that WikiLeaks was undertaking redactions on its own.

In an interview with the BBC, Bill Keller, executive editor of the New York Times, said that his paper presented to the Obama administration all the cables they planned on publishing and sought and received advice on making redactions and on national security issues. The fact that the administration was willing to enter into discussions with the Times but not Wikileaks, suggests that the administration has less concern about security risks than it does with sustaining the incestuous relationship it enjoys with its favorite newspaper.

A press release just issued by Wikileaks says the Julian Assange Defense Fund has been frozen.

The Swiss Bank Post Finance today issues a press release stating that it had frozen Julian Assange’s defense fund and personal assets (31K EUR) after reviewing him as a “high profile” individual.

The technicality used to seize the defense fund was that Mr. Assange, as a homeless refugee attempting to gain residency in Switzerland, had used his lawyers address in Geneva for the bank’s correspondence.

Late last week, the internet payment giant PayPal, froze 60Keur of donations to the German charity the Wau Holland Foundation, which were targeted to promote the sharing of knowledge via WikiLeaks.

WikiLeaks and Julian have lost 100Keur in assets this week.

One of the most fascinating aspects of the Cablegate exposure is how it is throwing into relief the power dynamics between supposedly independent states like Switzerland, Sweden and Australia.

Please help cover our expenditures while we fight to get our assets back.

11 thoughts on “Julian Assange and the power of asymmetric fear”