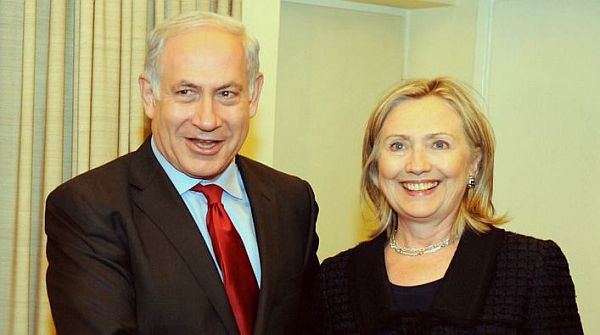 I guess Hillary Clinton already has her hands full overseeing the State Department’s UN credit card number theft operations along with coordinating cyber attacks on WikiLeaks — the Middle East peace process would just have to go on the back burner. There will be a statement tomorrow.

I wonder whether Israel still gets a free squadron of F-35 striker jets, for… well, just for being Israel. On the other hand, the US could consider offering firefighting equipment instead of fighter jets.

The decision to throw in the towel on getting a paltry three-month extension of the settlement slowdown is not “a retreat,” the Washington Institute for Near East Policy’s David Makovsky tells Politico. That’s true. You can only retreat if you first advance.

“After consulting with the parties, we have determined that a moratorium extension will not at this time provide the best basis for resuming negotiations,” a U.S. official said on the condition of anonymity Tuesday.

“We are still going to continue our engagement with both sides on the core issues and we continue to work towards the goal of a framework agreement,” the official said.

“We hope, obviously, to get the parties to direct talks, but in the meantime, we will continue our engagement with both sides,” the official said, declining to use the word “proximity” in reference to the talks. “We are not changing course. We are still very much committed” to getting a framework agreement.

Secretary of State Hillary Clinton is due to make a statement Wednesday on the Middle East peace process. On Friday, Clinton will speak to the Saban forum, which will also be addressed by Palestinian Nation Prime Minister Salam Fayyad and Israeli Defense Minister Ehud Barak.

There will be “no dramatic change” in policy that Clinton announces, a second U.S. official said Tuesday on condition of anonymity.

State Department spokesman PJ Crowley insists: “The process has not stopped. We obviously recognize that, we face a difficult obstacle, and we will continue to engage the parties on the way forward.”

Meanwhile, Brazil and Argentina are showing another way forward which does not depend on the ineffectual Obama administration: recognizing the state of Palestine.