So now we know. When our politicians complained over the past few decades, in a low, sad tone, that our young people were “too apathetic” and “disengaged”, it was a lie. A great flaring re-engagement of the young has take place this year. With overwhelmingly peaceful tactics, they are demanding policies that are supported by the majority of the British people – and our rulers are trying to truncheon, kettle and intimidate them back into apathy. 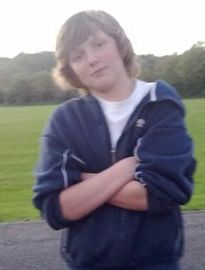 Here’s one example of the intimidation of peaceful protest by the young that is happening all over Britain. Nicky Wishart is a 12-year-old self-described “maths geek” who lives in the heart of David Cameron’s constituency. He was gutted when he found out his youth club was being shut down as part of the cuts: there’s nowhere else to hang out in his village. He was particularly outraged when he discovered online that Cameron had said, before the election, that he was “committed” to keeping youth clubs open. So he did the right thing. He organized a totally peaceful protest on Facebook outside Cameron’s constituency surgery. A few days later, the police arrived at his school. They hauled him out of his lessons, told him the anti-terrorism squad was monitoring him and threatened him with arrest.

The message to Nicky Wishart and his generation is very clear: don’t get any fancy ideas about being an engaged citizen. Go back to your X-Box and X-Factor, and leave politics to the millionaires in charge.

This slow constriction of the right to protest has been happening for decades now. Under New Labour, protesters outside parliament started to have to ask permission and suddenly found themselves prosecuted for “anti-social behaviour.” In 2009, a man who had committed no violence or threats at all died after being attacked by a police officer on the streets of London at a protest – and nobody has ever been punished. Now the Metropolitan Police’s instinctive response to any group of protesters is to surround them and ‘kettle’ – that is, arbitrarily imprison – them for up to ten hours in the freezing cold, with no food, water, or toilets. It doesn’t matter how peaceful you were. You are trapped.

In the past few weeks police officers have been caught responding to a disabled young man with cerebral palsy – who was protesting because his 16 year old brother is now too scared of debt to go to university – by hauling him out of his wheelchair and throwing him to the ground. They even tried to block a severely injured protester in need of brain surgery from being treated at the nearest hospital, on the grounds that police officers were being treated there too and it was ‘upsetting’ to have injured protesters in the same place. Now Sir Paul Stephenson, head of the Met, says a total ban on protests by students is “one of the tactics we will look at.”

These protesters are not defying the will of the British people; they are expressing it.

2 thoughts on “Your right to protest is under threat”