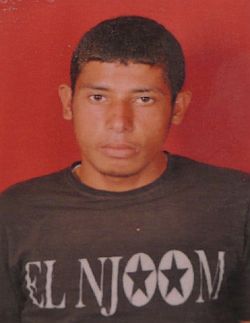 Max Ajl is back in Gaza. He reports on the killing of a 20-year-old shepherd, Salama Abu Hashish, shot through the kidney from the back as he was herding his animals a couple hundred meters from the border. We first picked up the ISM account the other day. See Ajl’s complete report here.

Today I went to the martyr’s tent in Beit Lehiya. The shepherd who had died was freshly married. His child had been born two days before. His father said, “I am open,” indicating a line running along his sternum. The young man who had died had been his oldest son, leaving three brothers and two sisters. My friends working here, and the statistics, say that these murders, even more, the injuries, have been incessant since I left at the end of July. Incessant, and nearly banal, and marked in the West by a thundering silence—the silence of a racism that roars at the deaths of a Jewish Israeli and does not even bother to shrug at the death of a Bedouin living with his sheep, amidst the soil that’s dry from the rains which still, at end of December, have not come.