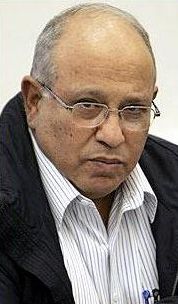 In a feature article for GQ Magazine, Ronen Bergman, senior political and military analyst for the Israeli newspaper Yedioth Ahronoth, describes the rise and fall of Israel’s Mossad under the leadership of Meir Dagan.

“Dagan’s unique expertise,” Israeli prime minister Ariel Sharon once said, “is the separation of an Arab from his head.”

Under Dagan’s command, dozens of Mossad’s elite operatives are now fugitives as a result of the bungled assassination of the Hamas commander, Mahmoud Al-Mabhouh, in Dubai in January 2010.

The organization Dagan is credited with having resuscitated from a coma has now been thrown into disarray.

[I]n 2002, Prime Minister Ariel Sharon tapped Dagan, a former military commander with a reputation for ruthless, brutal efficiency, to restore the spy agency to its former glory and preside over, as he put it, “a Mossad with a knife between its teeth.” “Dagan’s unique expertise,” Sharon said in closed meetings, “is the separation of an Arab from his head.”

Notorious for his aggressive, verbally abusive style of leadership, he is an ideologically rigid man who, according to several people inside the organization, shows the door to anyone who dares to voice an opinion different from his. As one Mossad veteran told me, “It is extremely difficult to get your opinion heard in his presence, unless it supports his. He is unable to accept criticism or even another opinion. It’s almost as if he treats his opposition like an enemy.” Dagan is also reported to have stated on several occasions that he does not believe there is anyone within the Mossad today who is worthy to replace him.

Bergman provides a detailed account of the Dubai operation and the numerous mistakes made by the Israelis in spite of the risks they were running, operating in a hostile country.

As far as the Mossad is concerned, there are two types of countries in the world. There are “base countries” (essentially, the West), in which the Mossad, like most other intelligence agencies, is able to operate with relative ease. In these countries, operatives have access to multiple getaway routes in case of emergency (and there are Israeli embassies to escape to as a last resort); it is assumed that if a Mossad spy is caught in a base country, a discreet solution can likely be found with the assistance of the local intelligence services—an option referred to in the Mossad as the “soft cushion”). “Target countries,” however, are enemy states in which operating undercover is significantly more dangerous. There are no easy escape routes (and no friendly embassy to run to), and being caught in these countries will almost certainly result in physical torture and either a protracted jail term or, quite possibly, death.

[On January 19, 2010] Al-Mabhouh is expected to land in Dubai at 3 p.m. At 1:30, Kevin Daveron [who along with Gail Folliard and Peter Elvinger were the operation’s commanders — each of these being assumed names] leaves his hotel and heads to the team’s designated meeting place—the lobby of a different hotel, where none of the team members is staying, that was selected in advance for its convenient location. On the way to the meeting, he walks through the lobby of a third hotel and enters the rest­room. When he emerges, he is no longer bald but now has a full head of hair and is wearing glasses. The security camera outside the entrance to the men’s and women’s bathrooms was recording all of this in real time. Had an alert guard noticed what was going on, the mission might have ended quite differently, with the target alive and the team members imprisoned in a hostile country.

Gail Folliard also leaves her hotel and on her way to the meeting uses the same restroom entrance as Daveron, from which she too emerges in a wig. Oddly, Folliard and Daveron are the only ones at the meeting who have changed their appearances. Given that the operatives are under the constant gaze of security cameras throughout the city, the “new” Daveron and Folliard run the risk of being linked to the “old” Daveron and Folliard through the identity of the individuals they’ve met with and passed by throughout the day—the kind of mistake that is almost incomprehensible for an elite Mossad team to make.

Despite the fact that Dubai is a hostile environment—a distant Arab state with ties to Iran—many details of the mission suggest the Mossad treated it as if they were operating inside a base country. The use of Payoneer cards is one obvious example. For the most part, prepaid debit cards are only used domestically within the United States, and while Payoneer does issue debit cards that are valid internationally, these are relatively rare. That several of the team members were using the same type of unusual card issued by the same company—one whose CEO, Yuval Tal, is a veteran of an elite Israeli Defense Force commando unit—gave the Dubai police a common denominator to connect the various members of the team.

Why did the Mossad permit things to go so wrong in Dubai? In a word, the answer is leadership. Because Dagan refashioned the Mossad in his own image, and because he drove out anyone who was willing to question his decisions, there was no one in the agency to tell him that the Dubai operation was badly conceived and badly planned. They simply did not believe that a minnow in the world of intelligence services such as Dubai would be any match for Israel’s Caesarea fighters.* As one very senior German intelligence expert told me: “The Israelis’ problem has always been that they underestimate everyone—the Arabs, the Iranians, Hamas. They are always the smartest and think they can hoodwink everyone all the time. A little more respect for the other side—even if you think he is a dumb Arab or a German without imagination—and a little more modesty would have saved us all from this embarrassing entanglement.”

The Dubai fiasco caused a great deal of damage to Israel, to the Mossad, and to its relations with other Western intelligence organizations. It led to unprecedented revelations of Mossad personnel and methods, far more than any previous bungled operation. A number of states who believe that their passports were forged or otherwise misused by the agency have expelled Mossad representatives. The British response in particular was furious. And Israel’s long-standing security-and-intelligence cooperation with Germany has also been dealt a hugely damaging blow. In early June, the head of the Caesarea unit in the Mossad—who had been considered the leading contender to eventually replace Dagan—offered his resignation. As for Dagan’s future, before Dubai he had hoped that the liquidation of Al-Mabhouh would ensure yet another extension of his tenure as director of the agency. But that has not come to pass. At the time of this writing, it is assumed that he will not continue. And so the Mossad “with a knife between its teeth” likely is entering another period of confusion and self-doubt.

“There is no doubt Dagan received an organization on the verge of coma and brought it back to its feet,” one Mossad veteran of many years told me. “He increased its budget, won great successes, and most important, he rebuilt its pride. The problem is that multiplying its volume of activity many times over came with the price of compromising on security protocols. And along with success came hubris. Together, they brought the Dubai debacle. And now, in some areas, his successor will find a Mossad even worse off than Dagan found in 2002.”

*Most of the operatives here are members of a secretive unit within the Mossad known as Caesarea, a self-contained organization that is responsible for the agency’s most dangerous and critical missions: assassinations, sabotage, penetration of high-security installations. Caesarea’s “fighters,” as they are known, are the elite of the Mossad. They rarely interact with other operatives and stay away from Mossad headquarters north of Tel Aviv, instead undergoing intensive training at a separate facility to which no one else in the agency has access. They are forbidden from ever using their real names, even in private conversation, and—with the exception of their spouses—their families and closest friends are unaware of what they do. As one longtime Caesarea fighter recently told me, “If the Mossad is the temple of Israel’s intelligence community, then Caesarea is its holy of holies.”