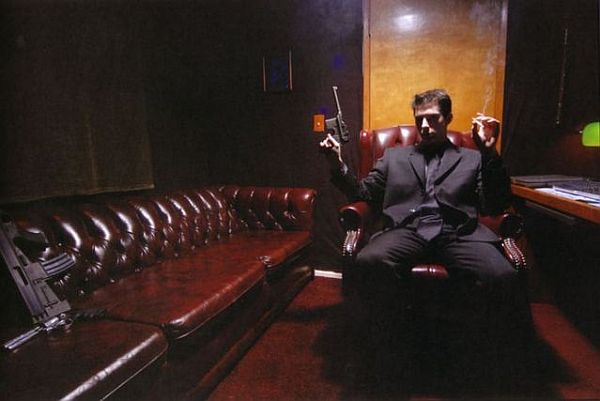 A paradox embedded in many popular symbols of power is that their greatest appeal is often found among those who perceive themselves as the most weak. Nowhere is this marriage of power and weakness more evident than in the American fetish of the handgun.

Jared Lee Loughner is apparently none too enamored with the US Constitution (though chooses right now to seek its protection), but if in the coming weeks he reveals more about the inner workings of his mind, it should come as no surprise if it turns out that he targeted Representative Gabrielle Giffords not solely because of what she represented politically but also in part because she was a woman. For an alienated young man in America, it is all too easy for sexual frustration to seek violent release through the culturally-validated possession and use of a gun.

Predictably there will now be renewed calls for stronger forms of federal gun control, though if she recovers, whether Giffords will modify her own position on gun control seems doubtful. She believes gun ownership is a constitutional right and an “Arizona tradition” and like her assailant, owns a Glock handgun.

The rational arguments in favor of tight restrictions on gun ownership are so numerous and so easy to grasp, the one thing their lack of traction makes clear is that thanks to the efforts of the gun lobby, “gun rights” has been turned into such an emotive issue that it has effectively been sequestered from rational debate.

Were any other major country to suddenly declare that it was going to adopt the American way and provide its citizens with ready access to weapons and ammunition, most observers — including most Americans — would surely recognize this as an act of national lunacy.

Gun rights in America rest solely on the claim that they represent a dimension of America’s national heritage and the character of its people. In other words, the right to bear arms can be reduced to a reason impervious to reason: because we are Americans — the Second Amendment is just a fig leaf.

But in spite of this rational dead end, I still can’t help wonder whether some leverage might be derived from linking the issue to other aspects of the American way of life which are regulated by law with little protest.

There is as far as I’m aware no movement defending the right of Americans to drive their automobiles without a licence or insurance — even though nothing underpins the American way of life more clearly than the right to drive.

If this American right can nevertheless by girded by legal restrictions, why should there not be limitations at least as equally rigorous on the ownership of guns?

If the use of a car is potentially so dangerous that it cannot be allowed without insurance, why shouldn’t someone who wants to own a lethal weapon also be required to have insurance? If legislators can’t agree on the risks involved in gun ownership, I doubt that insurance actuaries would suffer the same problem.

And if someone driving a car is required to carry a photo ID showing that they are licensed to drive, why shouldn’t every American who owns a gun?

When Arizona last summer made it legal to carry a concealed weapon without a permit, one of the cockeyed arguments among the proponents of the law was that armed Arizonans would be able to defend themselves when under attack.

It turned out yesterday in Tuscon that only one man had taken full advantage of the new law: Jared Loughner.