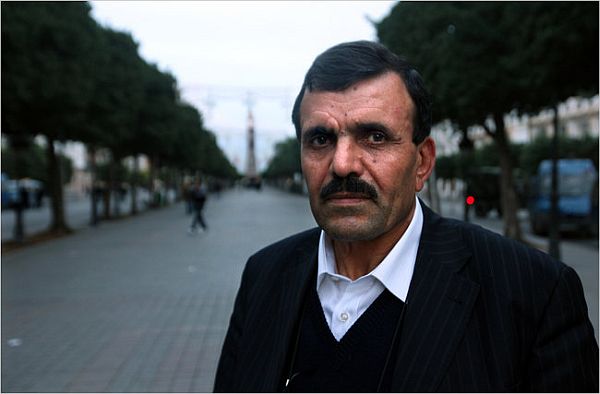 Ali Larayedh was imprisoned and tortured for 14 years for his role as a leader of the outlawed Islamist movement here, then hounded for the past six years by the omnipresent Tunisian secret police.

But six days after the ouster of this country’s dictator, Zine el-Abidine Ben Ali, Mr. Larayedh now basks in a singular celebrity. He is one of the few remaining leaders of the only credible opposition movement in Tunisia’s history. And in the aftermath of Mr. Ben Ali’s flight, that movement’s potential reincarnation is perhaps the most significant variable in Tunisia’s post-revolutionary future — yearned for by legions of working-class and rural Tunisians, viewed with just as much apprehension by the cosmopolitan coastal elite.

In an interview in the lobby of the Africa Hotel here, Mr. Larayedh insisted that his party posed no threat to Tunisians or to tourists sipping French wine in their bikinis along the Mediterranean beaches. Years of contemplation in prison and exile had helped his party, known as Al-Nahda, or the Renaissance, to “enlarge our views to encompass Western values,” he said. The result, he said, is a uniquely liberal version of Islamist politics, though one that remains unapologetic about its past calls for violence against American interests in the region.

“We are still against the political agenda of American interference in Arabic countries,” he said. “America is still supporting some dictatorships in Arabian countries, for example Ben Ali.”

But on other matters, Mr. Larayedh struck a conciliatory note.

“We are Muslim, but we are not against modernism,” he said. And he cited his party’s strong embrace of women’s rights, even to the point of advocating a quota to ensure a minimum representation of women in Parliament, “until they get their voices.”