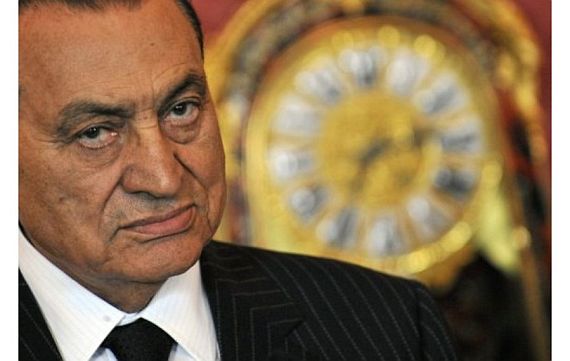 In his novel The Autumn of the Patriarch, Gabriel Garcia Marquez outlines the behaviour of a dictator under threat and his psychology of total denial. In his glory days, the autocrat believes he is a national hero. Faced with rebellion, he blames “foreign hands” and “hidden agendas” for this inexplicable revolt against his benevolent but absolute rule. Those fomenting the insurrection are “used and manipulated by foreign powers who hate our country”. Then – and here I use a precis of Marquez by the great Egyptian author Alaa Al-Aswany – “the dictator tries to test the limits of the engine, by doing everything except what he should do. He becomes dangerous. After that, he agrees to do anything they want him to do. Then he goes away”.

Hosni Mubarak of Egypt appears to be on the cusp of stage four – the final departure. For 30 years he was the “national hero” – participant in the 1973 war, former head of the Egyptian air force, natural successor to Gamal Abdel Nasser as well as Anwar Sadat – and then, faced with his people’s increasing fury at his dictatorial rule, his police state and his torturers and the corruption of his regime, he blamed the dark shadow of the country’s fictional enemies (al-Qa’ida, the Muslim Brotherhood, al-Jazeera, CNN, America). We may just have passed the dangerous phase.

Twenty-two lawyers were arrested by Mubarak’s state security police on Thursday – for assisting yet more civil rights lawyers who were investigating the arrest and imprisonment of more than 600 Egyptian protesters. The vicious anti-riot cops who were mercifully driven off the streets of Cairo nine days ago and the drug-addled gangs paid by them are part of the wounded and dangerous dictator’s remaining weapons. These thugs – who work directly under ministry of interior orders – are the same men now shooting at night into Tahrir Square, killing three men and wounding another 40 early on Friday morning. Mubarak’s weepy interview with Christiane Amanpour last week – in which he claimed he didn’t want to be president but had to carry on for another seven months to save Egypt from “chaos” – was the first hint that stage four was on the way.

Political analysis prefers to suspend psychological analysis. The fact that we cannot know what’s going on inside Mubarak’s mind right now is turned into a reason for treating his thoughts and feelings as in some way peripheral to the unfolding events — yet of course they are central.

There is a pathological trend in most forms of acquisition of power — a tendency through which those who acquire power see inequity as the reflection of a natural order; an order that implies forms of consent where no such consent actually exists.

Mubarak has come to identify himself as the father of Egypt and to react to a people’s revolt by claiming that it is the result of foreign agitation. This is not simply a political ploy; it is an unwillingness to accept the legitimacy of a face of Egypt which invalidates Mubarak’s conception of himself and of the country he rules. To the extent that he has witnessed an uprising (and one must wonder exactly what picture he has had, since it seems unlikely he’s been watching Al Jazeera), he has struggled to see this as a reflection of the will of the Egyptian people.

For Mubarak to resign, rather than be forced out of power, would require a radical reshaping of his own identity — something that happens rarely if at all in an individual’s life, least of all at an age where the mind and heart have in so many ways become rigid.

2 thoughts on “The mind of a dictator”