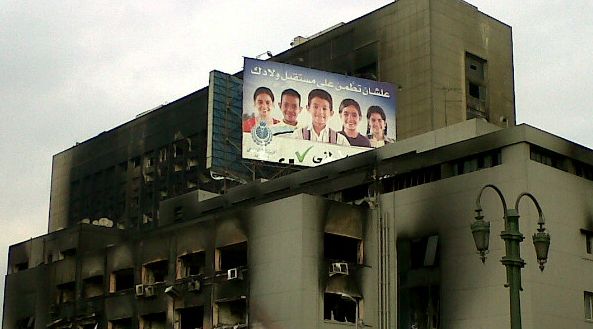 As Egypt’s government tries to minimize the importance of the protests, Girish Juneja, a producer for Britain’s Channel 4 News in Cairo, spotted a remarkable symbol of the ruling National Democratic Party’s determination to hang on to power on Monday. The burned-out ruins of the party’s headquarters in Cairo, which was torched during clashes 10 days ago, is now adorned with a sunny new political poster, calling on Egyptians to rally to the N.D.P. “to ensure the future of your children.”

3 thoughts on “A regime with no intention of stepping aside”