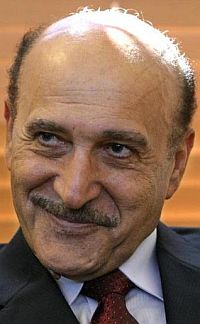 Under the Bush administration, in the context of “the global war on terror”, US renditions became “extraordinary”, meaning the objective of kidnapping and extra-legal transfer was no longer to bring a suspect to trial – but rather for interrogation to seek actionable intelligence. The extraordinary rendition program landed some people in CIA black sites – and others were turned over for torture-by-proxy to other regimes. Egypt figured large as a torture destination of choice, as did [newly-appointed Vice President, Omar] Suleiman as Egypt’s torturer-in-chief. At least one person extraordinarily rendered by the CIA to Egypt — Egyptian-born Australian citizen Mamdouh Habib — was reportedly tortured by Suleiman himself.

In October 2001, Habib was seized from a bus by Pakistani security forces. While detained in Pakistan, at the behest of American agents, he was suspended from a hook and electrocuted repeatedly. He was then turned over to the CIA, and in the process of transporting him to Egypt he endured the usual treatment: his clothes were cut off, a suppository was stuffed in his anus, he was put into a diaper – and ‘wrapped up like a spring roll’.

In Egypt, as Habib recounts in his memoir, My Story: The Tale of a Terrorist Who Wasn’t, he was repeatedly subjected to electric shocks, immersed in water up to his nostrils and beaten. His fingers were broken and he was hung from metal hooks. At one point, his interrogator slapped him so hard that his blindfold was dislodged, revealing the identity of his tormentor: Suleiman.

Suleiman’s history should be kept in mind when considering statements he made yesterday. In a thinly veiled threat, he warned that if the protests do not end soon, there will be a coup and “dark bats of the night” will emerge “to terrorize the people.”

Egypt’s anti-government activists called on supporters Wednesday to expand their demonstrations in defiance of the vice president’s warning that protests calling for President Hosni Mubarak’s ouster would not be tolerated for much longer.

Vice President Omar Suleiman, who is managing the crisis, raised the prospect of a new crackdown on protesters Tuesday when he told Egyptian newspaper editors there could be a “coup” unless demonstrators agree to enter negotiations. The protesters insist they won’t talk before Mubarak steps down, which the president is refusing to do.

“He is threatening to impose martial law, which means everybody in the square will be smashed,” said Abdul-Rahman Samir, a spokesman for a coalition of the five main youth groups behind protests in Cairo’s Tahrir Square. “But what would he do with the rest of the 70 million Egyptians who will follow us afterward.”

Suleiman is creating “a disastrous scenario,” Samir said. “We are striking and we will protest and we will not negotiate until Mubarak steps down. Whoever wants to threaten us, then let them do so,” he added.

For the first time, protesters were calling forcefully Wednesday for labor strikes after Suleiman warned that calls by some protesters for a campaign of civil disobedience are “very dangerous for society and we can’t put up with this at all.”

The vice president’s warnings were the latest in a series of confused messages from the government to the protesters. Officials have made a series of pledges not to attack, harass or arrest the activists in recent days, followed by Suleiman’s thinly veiled threat of a new crackdown.

“We can’t bear this for a long time,” he said of the Tahrir protests. “There must be an end to this crisis as soon as possible.” He said the regime wants to resolve the crisis through dialogue, warning: “We don’t want to deal with Egyptian society with police tools.”

He also warned of chaos if the situation continued, speaking of “the dark bats of the night emerging to terrorize the people.” If dialogue is not successful, he said, the alternative is “that a coup happens, which would mean uncalculated and hasty steps, including lots of irrationalities.”

4 thoughts on “Omar Suleiman: Egypt’s torturer-in-chief threatens to unleash “dark bats of the night… to terrorize the people””