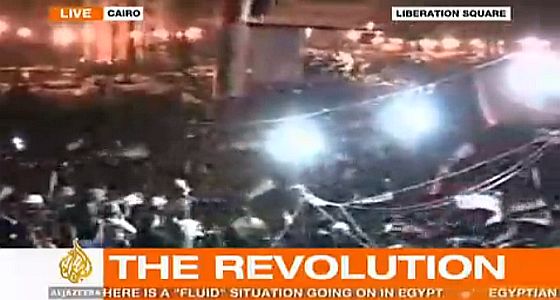 Robert Gibbs, White House spokesman, says: “The president is watching the same thing you are. I don’t know what the outcome will be.”

Whatever Mubarak has to say, the people in Tahrir Square will deliver the verdict. The more certain Mubarak’s departure seems, the bigger the question mark hanging over Omar Suleiman.

The fundamental question is whether the Egyptian military is ready to relinquish its grip on the state and usher in a new era of civilian and democratic governance.

3 thoughts on “What now in Egypt?”