A drive down Tripoli Street, Misrata, during Ramadan in August 2010, uploaded to YouTube by HoneyBees1985:

Below is a picture of the same street, taken a few days ago by Telegraph photographer, Geoff Pugh. 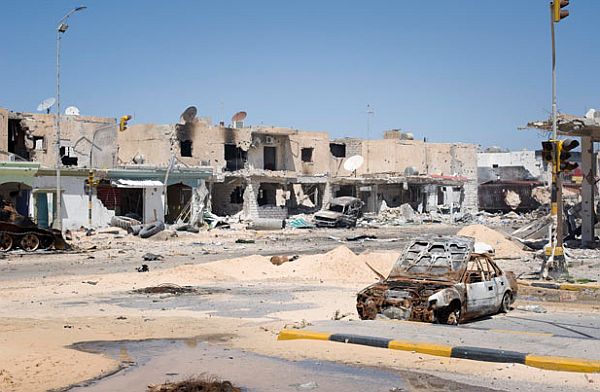 Through his slogan, “God, Muammar and Libya only,” Gaddafi wants to portray himself as inseparable from identity and fate of the country he controls. The assault on Misrata suggests Gaddafi believes he can only save his country by destroying it.

A walk down Tripoli Street, video posted at The Telegraph on April 12:

Click on the image below to view a larger version of this map at LibyaFeb17.com. 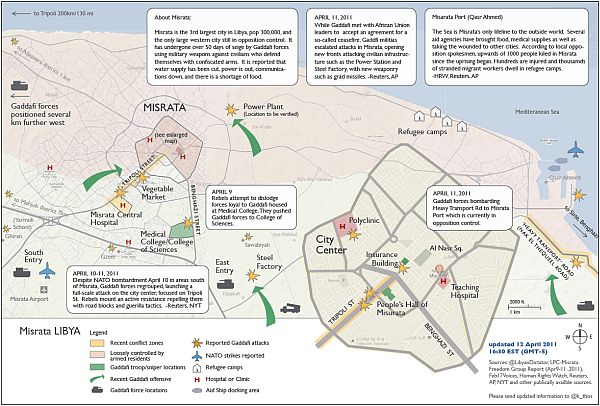 Thanks to Issandr Al Amrani at The Arabist.

13 thoughts on “Misrata — the new Sarajevo”