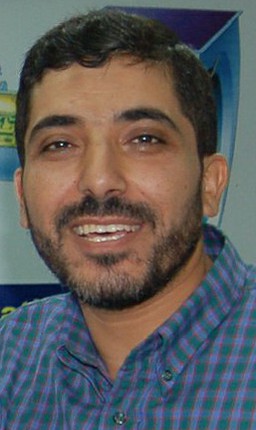 On a cold Ukrainian winter night in mid-February 2011, a Gaza civil engineer named Dirar Abu Sisi was lying in bed in a railroad sleeper car traveling to Kiev to visit his brother, Yousef, whom he hadn’t seen in 15 years.

Abu Sisi had come to Ukraine as a refugee applying for Ukrainian citizenship. While there, he was staying with his wife’s family, who are Ukrainian natives. Though he was the deputy chief of Gaza’s only power plant, he and his wife, Veronika, increasingly felt that Gaza was an unsafe place to raise their six children. During his stay, he had formally applied for citizenship so that he might resettle his family in Ukraine.

But something strange happened that night on the train. Just outside the village of Poltava, two policemen rousted Abu Sisi from bed and took him away, according to a witness in the bunk under Abu Sisi, who saw the entire incident unfold. This witness, Andrej Makarenko, who was recently discovered by the Ukrainian independent newspaper, Pravda (Russian), also noted that a conductor was present. The latter at first confirmed Makarenko’s story to the press, but later recanted, possibly under pressure from Ukrainian authorities. The Pravda reporter says the conductor has been given extended leave and has disappeared from his home.

Abu Sisi claimed in a prison interview with a Gaza human rights group that he was transferred to a private apartment in Kiev, where he was questioned by Israeli Mossad agents. He was then brought to the airport, placed on a plane and flown to Israel, making this a case of extraordinary rendition.

When Abu Sisi’s wife, who was in Gaza at the time, realized he had disappeared, she smuggled herself through a border tunnel to Egypt and made the same trip her husband had to Ukraine. Once there, she began a desperate search for him together with Yousef. They didn’t hear from Dirar for a week until the end of February, when he finally called from an Israeli prison. During that period of silence, she summoned the Ukrainian press and began accusing the Mossad of kidnapping him.

In early March, a confidential Israeli source reported to me that Abu Sisi was in an Israeli prison. Until that moment, no one knew what had happened after he was kidnapped. A few days after I reported this, and after scouring the Israeli human rights nongovernmental organization (NGO) community, Dalia Kerstein of HaMoked wrote that the Gazan engineer was indeed in an Israeli prison. First, he’d been brought to the Shabak (also known as Shin Bet) detention facility at Petah Tikvah, where he’d been interrogated. Later, he’d been moved to Shikma prison outside Ashkelon. And the entire story was under gag order. [Continue reading…]