M.S., at The Economist‘s Democracy in America blog, writes:

For many years now, we’ve heard American commentators bemoan the violence of the Palestinian national movement. If only Palestinians had learned the lessons of Gandhi and Martin Luther King, we hear, they’d have had their state long ago. Surely no Israeli government would have violently suppressed a non-violent Palestinian movement of national liberation seeking only the universally recognised right of self-determination.

Palestinian commentators and organisers, including Fadi Elsalameen and Moustafa Barghouthi, have spent the last couple of years pointing out that these complaints resolutely ignore the actual and growing Palestinian non-violent resistance movement. For that matter, they elide the fact that the first intifada, which broke out in 1987, was initially as close to non-violent as could be reasonably expected. For the most part, it consisted of general strikes and protest marches. In addition, there was a fair amount of kids throwing rocks, as well as the continuing threat of low-level terrorism, mainly from organisations based abroad; the Israelis conflated the autochthonous protest movement with the terrorism and responded brutally, and the intifada quickly lost its non-violent character. That’s not that different from what has happened over the past couple of months in Libya; it shows that it’s very hard to keep a non-violent movement non-violent when the government you’re demonstrating against subjects you to gunfire for a sustained period of time.

In any case, if you’re among those who have made the argument that Israelis would give Palestinians a state if only the Palestinians would learn to employ Ghandhian tactics of non-violent protest, it appears your moment of truth has arrived. As my colleague writes, what happened on Nakba Day was Israel’s “nightmare scenario: masses of Palestinians marching, unarmed, towards the borders of the Jewish state, demanding the redress of their decades-old national grievance.” Peter Beinart writes that this represents “Israel’s Palestinian Arab Spring”: the tactics of mass non-violent protest that brought down the governments of Tunisia and Egypt, and are threatening to bring down those of Libya, Yemen and Syria, are now being used in the Palestinian cause.

So now we have an opportunity to see how Americans will react. We’ve asked the Palestinians to lay down their arms. We’ve told them their lack of a state is their own fault; if only they would embrace non-violence, a reasonable and unprejudiced world would see the merit of their claims. Over the weekend, tens of thousands of them did just that, and it seems likely to continue. If crowds of tens of thousands of non-violent Palestinian protestors continue to march, and if Israel continues to shoot at them, what will we do? Will we make good on our rhetoric, and press Israel to give them their state? Or will it turn out that our paeans to non-violence were just cynical tactics in an amoral international power contest staged by militaristic Israeli and American right-wing groups whose elective affinities lead them to shape a common narrative of the alien Arab/Muslim threat? Will we even bother to acknowledge that the Palestinians are protesting non-violently? Or will we soldier on with the same empty decades-old rhetoric, now drained of any truth or meaning, because it protects established relationships of power? What will it take to make Americans recognise that the real Martin Luther King-style non-violent Palestinian protestors have arrived, and that Israeli soldiers are shooting them with real bullets? 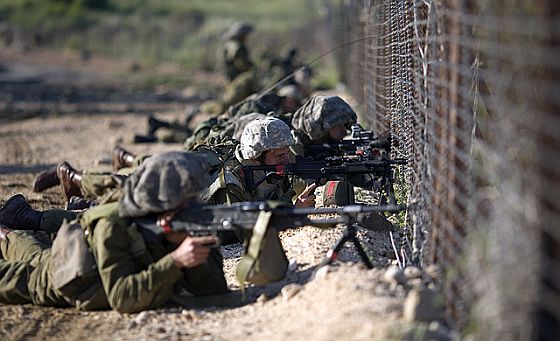