Martin Chulov reports on Qassem Suleimani, the head of Iran’s elite al-Quds Force, who is widely regarded as the most powerful man in Iraq. 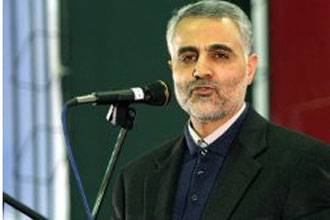 In Baghdad, no other name invokes the same sort of reaction among the nation’s power base – discomfort, uncertainty and fear.

“He is the most powerful man in Iraq without question,” Iraq’s former national security minister, Mowaffak al-Rubaie, said recently. “Nothing gets done without him.”

Until now, however, few Iraqis have dared to talk openly about the enigmatic Iranian general, what role he plays in Iraq and how he shapes key agendas like no one else.

“They are too busy dealing with the aftermath,” said a senior US official. “He dictates terms then makes things happen and the Iraqis are left managing a situation that they had no input into.”

Suleimani’s journey to supremacy in Iraq is rooted in the Islamic revolution of 1979, which ousted the Shah and recast Iran as a fundamentalist Shia Islamic state. He rose steadily through the ranks of the Iranian military until 2002 when, months before the US invasion of Iraq, he was appointed to command the most elite unit of the Iranian military – the al-Quds force of the Revolutionary Guards Corp.

The al-Quds force has no equal in Iran. Its stated primary task is to protect the revolution. However, its mandate has also been interpreted as exporting the revolution’s goals to other parts of the Islamic world.

Shia communities throughout the region have proved fertile grounds for revolutionary messages and have formed deep and abiding partnerships with the al-Quds force. So too have several Sunni groups opposed to Israel – first among them Hamas in Gaza.

But Iraq has been Suleimani’s key arena. The last eight years have witnessed a proxy war between Suleimani’s Quds force and the US military, the full effects of which are still being played out, as the US prepares for a full departure from Iraq and Iraq’s leaders ponder over whether to ask them to stay.