Charles P. Pierce pieces together the fragments of the story of homegrown terrorism in the United States over the last decade starting with an event that barely made the news — the placing of an IED in Spokane, Washington, that had it exploded during Martin Luther King Day celebrations in January — as its maker intended — would have killed and maimed dozens of men, women and children.

At the beginning of this year, not long after they’d found the bomb on the bench in Spokane, a journalist named David Neiwert put together a list of nearly thirty acts of right-wing political violence that had taken place, or had been foiled, in the United States since the summer of 2008 — or roughly since Barack Obama’s presidency began to be seen as a genuine possibility. The list began with Jim David Adkisson, who killed two people in a Unitarian church in Tennessee because he was angry at how “liberals” were “destroying America.” It included two episodes in April 2009, one in Pittsburgh and one in Florida, in which men who were sure that Barack Obama’s government was coming for their guns opened fire on law-enforcement officers who had come to investigate them on other matters.

Some of the crimes on the list were briefly sensational — Scott Roeder’s murder of Dr. George Tiller in Wichita, or Joseph Andrew Stack‘s flying his small plane into a building in Austin in protest of the Internal Revenue Service, or the incoherent array of violent crimes committed by the “Sovereign Citizens Movement.” But most of them barely made the national radar at all. In December 2008, a woman in Belfast, Maine, named Amber Cummings shot to death her sleeping husband, James, who’d been savagely abusing her. Upon arriving at the Cummings home, investigators found Nazi paraphernalia and a stash of chemicals indicating that was preparing to make a “dirty bomb” that he planned to detonate at Obama’s inauguration. Except in the local media, that aspect of the case disappeared completely. James Cummings and his bomb had nothing to do with Scott Roeder’s handgun or Joe Stack’s airplane.

It is a fertile time for such things. The country elected a black president with an exotic name. The economy, wrecked by a rigged game at the highest levels, continued to grind through a jobless recovery. The national dialogue grows coarser and wilder, and does so at a pace accelerated by technology. People sense the fragmentation — things are falling apart — even while they take refuge in those fragments of life that seem safest and most familiar.

But there is something about fragments that nobody talks about. It is a property first harnessed in 1784 by an officer of the artillery in the British army. He surmised that if you filled an artillery shell with fragments, you could wreak havoc far in excess of what would occur if the shell simply exploded. The destruction would breed upon itself. Propelled with sufficient force, the fragments would make new fragments of whatever they hit — a cart, a tree, a human femur — and, in turn, these new fragments would fly off to do their own damage. The officer’s name was Henry Shrapnel.

The bomb in the bag on the bench in Spokane was a shrapnel bomb, a direct descendant of Henry Shrapnel’s original brainchild. It was specifically designed and carefully placed to create an expanding killing zone, a sideways rain of lethal fragments. A child could have been killed by the blast itself, or by a piece of the bench, or by a chunk of the child’s own father. After all, shrapnel is nothing more than undifferentiated fragments with sufficient force applied.

That the bomb did not do what it was designed to do was a combination of luck and human agency. (It was a triumph for public employees, to put it in the context of our current political argument.) That the events of January 17 largely have faded from the news has nothing to do with luck at all. That is all human agency — how a fragmented country gathers the pieces of an event like this and tries to construct from them, not necessarily the truth of what happened, but a story that the country can live with, one more fragment among dozens of others that the country has remembered to forget.

On March 9, 2011 in Addy, Washington, 55 miles north of Spokane, the FBI arrested an Army veteran named Kevin Harpham and charged him with attempting to use a weapon of mass destruction and possession of an unregistered explosive. 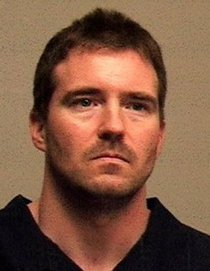 The emerging picture suggests 36-year-old Kevin William Harpham is a “lone wolf’’ with a military ordnance background and apparently increasingly extreme radical-right views that may have prompted the attempt to carry out a mass murder on the late civil rights leader’s birthday. He is also a man who has joined a neo-Nazi group, apparently posted to racial extremist websites and worried that the 9/11 attacks were actually a government conspiracy.

The domestic terrorism suspect faces the possibility of life in prison if convicted of the initial two charges he faces: attempting to use a weapon of mass destruction and possession of an improvised explosive device. Other federal charges could come when a federal grand jury in Spokane reviews the case on March 22.

“This one is very serious,” federal defender Roger Peven said outside the courtroom, moments after he was appointed to represent Harpham.

The backpack bomb, reportedly containing shrapnel dipped in rat poison to enhance bleeding, was spotted moments before hundreds of people were to march by it. Authorities rerouted the parade immediately.

At some risk, a bomb squad defused the device and kept it intact — likely leading the FBI to capture a windfall of forensic evidence, possibly including fingerprints and DNA that could have identified Harpham as the suspect.

The affidavit of probable cause used to affect the suspect’s arrest is sealed from public inspection — another indication of the secrecy surrounding the 51-day investigation by the FBI’s Inland Northwest Joint Terrorism Task Force.

Despite the official secrecy, Harpham has left Internet fingerprints and other public records that give a glimpse of him.

Internet postings believed to be those of the former Army artillery soldier suggest he had an interest in old cars, metal fabrication, the neo-Nazi National Alliance and conspiracy theories associated with the attack on the World Trade Center on Sept. 11, 2001.