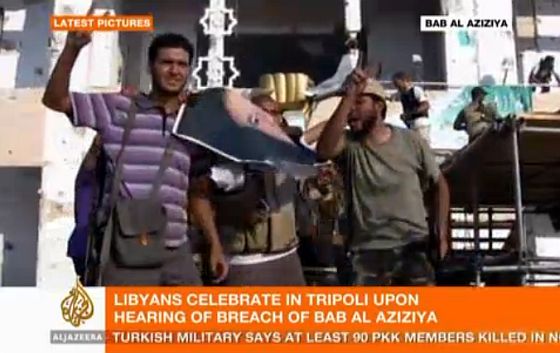 Euphoria, as it almost always is, is premature, fleeting, or both. This was the case on Feb. 11, when Egyptians celebrated after President Hosni Mubarak stepped down. They soon realized, however, that democratic transitions, even in the best of times, are messy, uncertain and occasionally bloody. As Adam Michnik memorably said: “The worst thing about Communism is what comes after.”

Unlike Egypt, Libya doesn’t have the benefit of established political parties, a largely independent judiciary, and a whole host of other weak but intermittently vibrant institutions. But, for these same reasons, Libya isn’t as weighed down by the past. The Transitional National Council does not have to contend with an old constitution or worry about hundreds of thousands of ruling party members. This, then, is the Arab world’s first true revolution; the old regime will soon find itself erased.

Libyans will go about creating a state more or less from scratch. Quite a lot is at stake. The T.N.C., a capable, impressive body, is neither cohesive nor unified. Qaddafi, as hated as he was, succeeded in uniting his own opposition. Without Qaddafi, though, the various elements within the T.N.C. will turn its attention elsewhere, and perhaps toward each other. The council includes every faction imaginable – liberals, mild-mannered technocrats, socialists, salafis and, of course, the Muslim Brotherhood. Islamists, a relatively unknown quantity in Libya but by all accounts strong and well organized, will make their real presence known for the first time. The potential for factionalization is compounded by the fact that each of these groups have guns.

Libyans will have to decide what role they want religion to play in public life. They will have to decide how much retribution to inflict on their former tormenters. Considering the thorniness of such questions, the international community’s role will be critical. This does not mean boots on the ground or a stabilization force, as some have prematurely suggested. But it can, and should, mean funding, consensus-building, technical assistance and help in organizing free elections, most likely within a year.

Unlike nearly everywhere else in the region, Libyans are grateful to the West for intervening when it did. Aug. 21 would not have happened otherwise. Accordingly, the United States and Europe can play a more constructive, less contentious role in Libya than they have in, say, Egypt, where anti-Americanism is at an all-time high. According to Steve Negus, at least one Libyan rebel is hoping to slaughter a sheep in Sarkozy’s honor. This is inconceivable anywhere else. But so many things about Libya are inconceivable anywhere else. And herein lies both the promise and peril of what is to come.