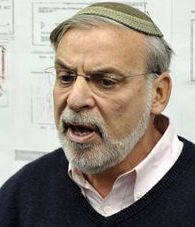 Bob Turner, the Republican candidate campaigning to replace disgraced Democratic Rep. Anthony Weiner, picked up a crucial endorsement last week when Democratic Assemblyman Dov Hikind threw his support to him. Hikind is the former leader of the the Jewish Defense League (JDL), which the FBI lists as a terror organization. He was also a confidant of the fanatical Israeli settler leader Meir Kahane, who called for the “slaughter” of Palestinians. Under Kahane’s direction, Hikind operated a front group with the JDL cadre Victor Vancier (aka Chaim Ben Pesach), who served 10 years in prison for carrying out numerous firebomb attacks on innocent people, and openly contemplated killing the renowned Palestinian professor Edward Said. According to journalists Michael Karpin and Ina Friedman, “Hikind had been suspected [by the FBI] of similar activities” including a string of six bombings against Arab-American targets across the United States.

Hikind once told the journalist Robert I. Friedman that he supported a Jewish terrorist underground that assassinates Nazis. “If it is a group that is made up of people who are intelligent professionals and their goal is to execute those clearly responsible for killing tens of thousands, then I would have no trouble with that,” Hikind said. Hikind added that he also favored the assassination of Arab-American supporters of the PLO. The JDL was widely suspected of killing Arab-American Anti-Discrimination committee western regional director Alex Odeh in 1985, though the FBI was never able to apprehend the likely perpetrators. In 2001, JDL leaders Irv Rubin and Earl Krugel were arrested for conspiring to blow up a Los Angeles-area mosque and assassinate Republican Rep. Darrell Issa, who is of Lebanese descent.