An anonymous #OWS activist urges President Obama to break his silence on the bloodshed in Cairo where 24 people have already been killed. But let’s not forget that this is a man who in 2006 supported the carpet-bombing of Beirut, in 2008 remained mute while Israelis slaughtered Palestinians in Gaza, and in 2009 was slow to condemn the Iranian government as it crushed the Green Revolution. Obama is consistent in this respect: he displays an unswerving loyalty to power.

President Obama, where are you? Are you not watching the same images that the world is watching of the massacres in Tahrir? Are you too busy preparing for Thanksgiving to take a minute to make a strong statement about what’s happening in a country in which your government has invested so much money and support?

Are you not outraged at the brutal suppression of pro-democracy protesters by the military junta in Egypt? If so, why have you offered no meaningful condemnation of the attempt to crush a revolution that has so inspired millions of Americans? After all, their encouragement to Occupy Wall Street might actually wind up saving your presidency.

During the fateful 18 days in January and February when Egyptians took to the streets by the millions to topple Hosni Mubarak, you remained largely silent, refusing to call directly for democracy until it was clear that young Egyptians would not be denied their wish to be free of his three-decade-long rule.

In the months since then, as thousands of Egyptians have been attacked, imprisoned, sexually assaulted and murdered by their government, the United States has not merely remained silent, but has continued to provide crucial diplomatic, economic and military aid to the regime responsible for these crimes.

Now that the facade of a democratic transition has been ripped away and Egyptians are once again battling the military government in Tahrir Square for the future of the country, your administration remains as quiet as it was in the early days of the revolution. Such silence is both morally indefensible, and politically and strategically disastrous for the US. The march for freedom in Egypt cannot be stopped, and when Egyptians finally rid themselves of the military government and establish a democratic system, the US will have few friends in Egypt, or the Arab world more broadly, if it is seen as having supported the military rather than the people at this pivotal moment. 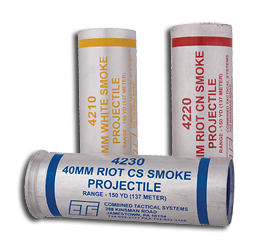 The tear gas being fired at demonstrators in Cairo is manufactured by the US company, Combined Systems.

3 thoughts on “Don’t let them destroy the revolution”